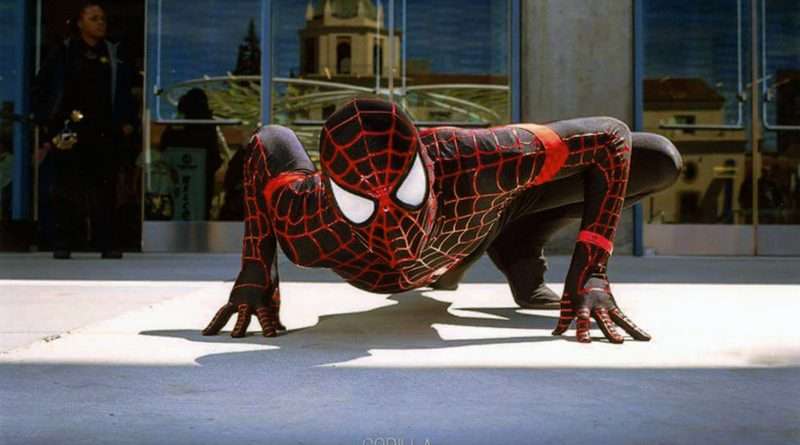 When 9-year-old Abbey Milligan shared she was being alienated at school based on her Down Syndrome, Sam Hughes, a long-time fan of superheroes and their inclination to rescue, sprang into action.

Hughes offered to appear at her upcoming birthday party as Spiderman. Hughes took this mission very seriously and invested $1,400 in a movie replica costume for the occasion.

That probably sounds like a lot of money to most folks, especially for a young man who had been homeless on numerous occasions and could scarcely afford basic necessities at the time.

However, his campaign to help Abbey win friends and influence people was successful. The party was a big hit and out of the nine guests who attended, several friendships blossomed for the young girl.

In coming to Mulligan’s rescue, Hughes realized, “If I can make a child smile, that means everything.” Thus, a passion for fighting for justice and creating magical moments in the lives of others was born and costumes for Batman and Captain America were added to his wardrobe as soon as he was able.

His approach to the young girl’s dilemma may seem strange at first, but it makes perfect sense when you know his back-story.

In addition to the near-death experience shortly after his birth, Hughes has overcome significant obstacles and trauma that many would not even have survived. Yet, he seeks to enrich the lives of others through his hard gained resilience.

Abandoned by his mother as a toddler, Hughes was briefly protected by his loving and attentive grandfather who strove to instill strength and resilience in the little boy. Long walks and purposeful talks during his early years in Merced, California. made their intended lasting impressions and are surely a significant part of who Hughes has become as a young man.

Cousins who managed to swindle the grandfather out of his family home seemed to inherit Hughes in the bargain. Instead of assuming the role of protectors to the young preschooler, Hughes suffered horribly at their hands. Beaten, locked in closets, thrown from a moving vehicle and stabbed, he spent five hellish years as their personal prisoner.

Mental and emotional abuse was a large component of the torture. For example, once after his guardians hosted a themed birthday party for young Hughes, he was permitted to enjoy his new collection of action heroes for an entire afternoon. These were figures he identified closely with and now they were his to role-play strength and heroism through.

Later that evening, his aunt collected his toys in a bucket and instructed Hughes to sit in a chair facing the newly stoked fireplace and watch as she dumped his beloved characters into the flames.

Those melting and twisted figures were briefly a young boy’s tangible symbols of hope and courage. “They were my friends,” remembers Hughes “Heroes I looked up to.”

He recalls forming ideas about right and wrong while watching Power Rangers and credits G.I. Joe with this teaching, “Knowledge is power and knowledge wins the battle.”

During this dark period of his childhood, Hughes only defense seemed to be invisibility. He became so good at wearing this cloak that teachers didn’t even seem to notice whether he was in attendance.

In fact, during a field trip to the Monterey Bay Aquarium no one noticed he was bleeding profusely until the end of the tour when a teacher was shaking sand from her sneakers and stepped in a warm trail of his blood.

Sam then recalls the teacher urging the bus driver to get back to school as fast as possible. He also remembers kids filing off of the bus while he huddled in the back until a police officer coaxed him out. Weak and confused, Hughes offered up his mutilated arms, – wrist to wrist – expecting to be handcuffed and arrested for some wrongdoing.

Quickly, Hughes was whisked away to the same hospital he had been born in and where he was now diagnosed with chronic nerve damage due to torture. He remembers being wrapped up like a mummy for a long while and he never had to return to the house of horrors. However, this new chapter of life held it’s own challenges.

“I didn’t know how to use a spoon or a fork or a knife because I had been fed on the floor like a dog for so long.” His first, temporary placement offered kindness and compassion. Though much older than the slight, 8 year-old-boy, a biological daughter in that home carried her bowl of Lucky Charms to the floor and ate beside him that first night.

In phases and baby steps, Hughes’ healing began. Having learned early on to glean wisdom at every opportunity, he recalls, “One of my moms, I don’t remember which number, was named Jeannette. She taught me to communicate and to be considerate of others. Also, how to wrangle horses and how to cook.”

When asked how long he lived in that home, Hughes paused. “At one point, she went into the hospital and it seemed like a very long time before I was taken to visit her.”

He drew a deep breath before continuing, “When I was finally allowed to go she told me this, “You are the greatest thing that ever happened to our family. I love you as my own son.”

When Jeannette died, Hughes remembers, “I took it very hard and began to regress.” But somehow, somewhere he had gleaned these words, “ Don’t let your past weaken your future.”

Along the way he has learned to face his fears. After discovering the body of a beloved foster brother who died during an epileptic seizure, he was terrified of the disease.

Still, when he met his girlfriend Cassie Estacio, two years ago and learned that she also has epilepsy he didn’t let that keep him from falling in love.

Estascio is scheduled to have brain surgery to alleviate her condition soon and they are facing this together, too.

Hughes held a certain motto in is his heart that kept him afloat, “Heroes can guide you along the path to greatness.”

It seems that although he’d had very few real-life heroes he never sto­pped believing they existed so he determined to become one of them.

“ In counseling I was told, ‘Your empathy for others and inner strength are a miracle.’ And, I came to understand that I could have become the monster who beat me.”

Hughes brings life to action heroes and hope to children who need to believe good can overcome evil.

When asked about his hope for any lasting impression a fan might take away from meeting him when he dons one of his alter egos, he had this to say, “My motivation is to give kids an opportunity to believe in the impossible and to dream big dreams.”

For more information on having Hughes appear as a child’s favorite hero at a special event, he can be reached at 310-9190.