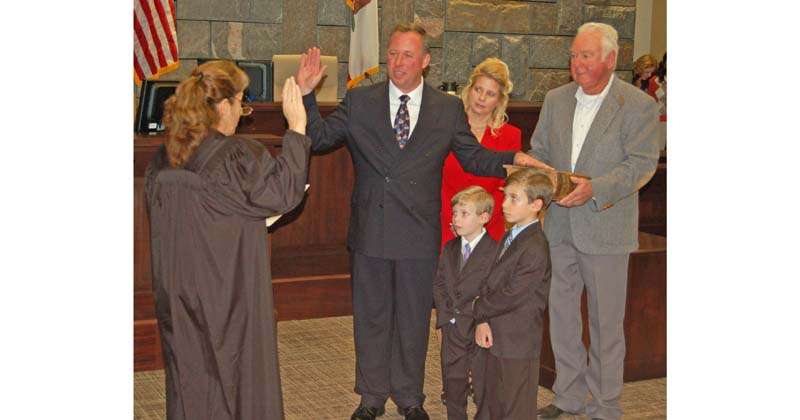 According to the Plaintiff’s Notice of Acceptance of Rule 68 Offer of Judgment, filed Dec. 20, 2016 with the United States District Court for the Eastern District of California, the Superior Court of California, County of Lassen, Barone will be paid $100,001 plus all costs of the suit incurred. Those costs will be agreed upon within 30 days of the acceptance of the judgment

According to the court file, “This judgment shall be in full satisfaction of all federal and state law claims or rights that plaintiff may have to damages or any other form of relief, arising out of the alleged acts or omissions of Superior Court of California, County of Lassen and defendant Tony R. Mallery in connection with the alleged facts, and circumstances that are the subject of this action. Acceptance of the offer will act to release and discharge both defendants the Superior Court of California, County of Lassen, and Tony R. Mallery from any and all claims that were or could have been alleged by plaintiff in the above-referenced action.”

According to the Cornell University Law School’s website, Rule 68 provides, “At least 14 days before the date set for trial, a party defending against a claim may serve on an opposing party an offer to allow judgment on specified terms, with the costs then accrued. If, within 14 days after being served, the opposing party serves written notice accepting the offer, either party may then file the offer and notice of acceptance, plus proof of service. The clerk must then enter judgment.”

Mary-Alice Coleman, a Davis, California attorney representing Barone, did not respond to the Times’ requests for comment on the case by deadline.

Carolee G. Kilduff, a Sacramento, California attorney representing Lassen County Superior Court in the matter, sent a pair of emails to the paper in response to our request for comment on Thursday, Jan 5. Lassen County Superior Court Judge Michele Verderosa then sent a revised version of Kilduff’s second statement to the paper, writing, “The following is the revised statement the court would appreciate the newspaper prints.”

Later in the day, the newspaper was informed a joint statement would be coming from Kilduff and the attorney representing Mallery. The paper did not receive that statement by press time.

A representative from the Judicial Council of California said the $100,001 in damages and court costs will be paid by the state of California — not by Lassen County.

A swearing-in ceremony started this conflict

Barone alleges her relationship with Mallery got off to a bad start on his first day as a judicial officer — Jan. 7, 2013 — and then “went downhill from there,” according to the lawsuit.

Barone alleges on Jan. 7, 2013, Mallery “was untruthful” to her about when he took the oath of office because he had signed an oath of office form at the Lassen County Clerk’s Office in December.

Public swearing-in ceremonies such as the one in which Mallery placed his hand on an old family Bible with his family, friends and county residents present are both common and customary — and some consider them ceremonial in nature because of the oath of office form every elected official must sign.

Allegations in the lawsuit

On Nov. 16, Barone voluntarily dismissed her claims against the California Administrative office of the Courts and the California Judicial Council. According to the court file, “such dismissal shall be without prejudice, with each side to bear its own costs and fees.”

On Dec. 23, the defendants’ attorneys filed a motion to dismiss the lawsuit.

“Barone’s lack of facts reflecting discrimination or harassment because of gender stems not from lazy or improper pleading, but rather from the suit’s immutable essence as an internecine dispute between a judge and a court administrator over following internal procedures and protocols,” the defense attorney’s wrote. “Because the superior court neither took adverse action against Barone nor bore discriminatory animus against her, liability for discrimination or retaliation are impossible. The hostile environment claim contains almost nothing about gender/sex or frequency, yet has ample fact to negate severity. Barone simply cannot transmute this judicial performance mater into a discrimination/harassment damages suit.”

According to the court file, parts of Barone’s complaint did “not state a legally cognizable claim” because she failed to demonstrate she suffered any adverse employment action, there were no allegations of discriminatory or retaliatory animus by the court and Mallery’s conduct cannot be imputed to the superior court.

The motion also alleged there was “no serious or pervasive harassment under (the) Fair Employment and Housing Agency or Title VII and there were “no similarly situated males” included in Barone’s allegations.

In addition, the motion alleged several of Barone’s complaints were time-barred, that she failed to exhaust administrative remedies for conduct that occurred after Feb. 5, 2016 and her claim does not involve reports of gender discrimination or harassment.

The motion also alleged other parts of Barone’s claim were “legally invalid … for lack of any alleged employee whose discrimination or retaliation could have been prevented.”

Student News One Lunch Next Monday, Dec. 5, we will return to one lunch, The new lunch time for everyone…

The Bureau of Land Management will be conducting pile burning projects hrough Friday, Dec. 2, in Modoc and Lassen counties….