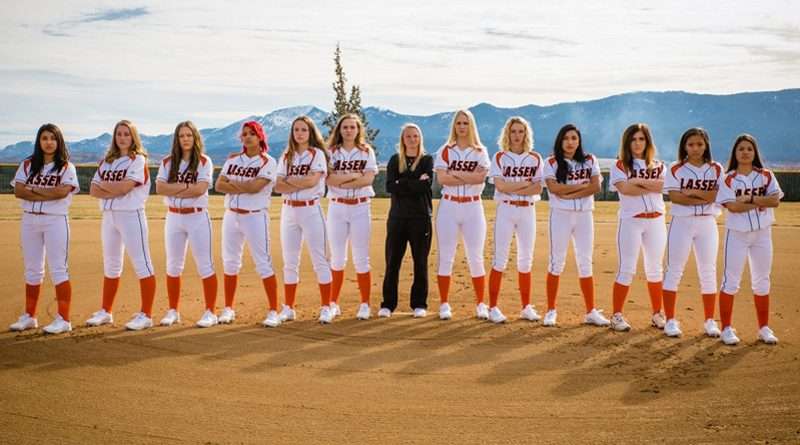 The Lassen Community College softball team is pumped up for conference. With 12 strong and motivated women on the team and a new head coach, the Lady Cougars are determined to make this season one for the books.

Coach Jo Koons said, “I think the team’s in a good place, and I think we’re going to do well.”

The Lady Cougars have been playing well pre-conference, as their record thus far is 6-8.

The Cougars started off shaky, as the first two games were losses with scores of 8-1 and 7-2 against American River College and Monterey Peninsula College, respectively, on Feb. 3.

However, the Lady Cougars quickly bounced back and enjoyed a four-win streak between Feb. 9 and Feb. 10, when they took on Yuba College, Modesto Junior College and De Anza College.

The third week of February proved rockier than the first, though. Lassen lost four games between Feb. 13 and Feb. 17.

They then added another two losses to their streak on Feb. 20 before coming back with two wins against Los Medanos College on Feb. 24.

Koon’s commented, “Every team has its ups and down, growing pains, but as a whole I’m really proud of them and how they’ve come together. When we’ve faced adversities they’ve done a really good job of bouncing back and fighting.”

In the most recent doubleheader, the Lady Cougars finished on top twice against Los Medanos.
The Cougars traveled to Pittsburg, California to take on the Mustangs and emerged victorious with an 8-3 in the first game and an 8-5 win in the second.

Of the eight runs made by the Cougars in the first match, one was made in the third inning, five in the sixth and two in the seventh.

The Cougars were first to break the 0-0 tie with their run in the third inning, but the Mustangs responded with a run in the fourth and the fifth inning to steal the lead. However, the Cougar runs in inning six all but guaranteed the victory.

Smith led the team in runs with two to her credit. Ramirez, Chamberlain, Torres, Shaffer, Geer and Johnson each had one run.

On the mound for the Cougars was Johnson for the first six innings and Jones for the final inning.
Johnson faced 25 batters, gave up three hits, three runs and struck out six. Jones faced three batters.

The second game saw a better performance from the Mustangs, but it still wasn’t enough to overwhelm the Lady Cougars.

Los Medanos was the first to break the scoreless tie this time around, though, as the Mustangs managed to earn two runs in the third inning to effectively take a strong lead.

The Mustangs then followed up with further success via three runs made in the fourth inning.
The 5-0 Mustang score may have seemed daunting to some teams, but the Cougars only saw it as a challenge.

The Mustangs, left speechless, were unable to bring a runner in for the remainder of the game.

The Lassen ladies went without any runs in the sixth inning, but they managed one more in inning seven to bring the final score to 8-5 in Cougar favor.

Of the 16 Cougar hits, Torres, Smith and Geer hit one double each.

Both Johnson and Jones were on the mound once again for the Cougars. Johnson pitched for four innings with seven strikeouts, four hits and five runs. Jones pitched for the remaining three innings with three strikeouts recorded as well as two hits.

The Cougars saw a break in the schedule once the games against Los Medanos College were completed, as the next game will be played this Saturday, March 10 at De Anza College.

During the week without games, the Cougars eagerly prepared to re-enter the diamond with confidence.

Regarding the break, Koons said, “we get to regroup, teach some new things, get healthy again, rest up and then hit the ground running to start conference. I’m looking forward to it, I think the team’s in a good place and I think we’re going to do well.”

The Lady Cougars will open conference at home Wednesday, March 14 with a doubleheader against Butte College.