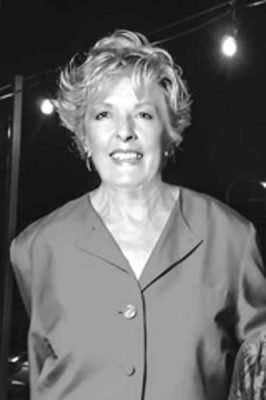 Eve’s life embodied the free spirit that led her parents to follow the call from the Red River Lumber Company to relocate from the San Francisco Bay Area to Westwood, and they spent their first winter in a walled tent on what was to become Ash Street.

Eve’s childhood was spent in Westwood when it was a thriving lumber town. She fondly remembered going to the “Big Store” and talked about Westwood’s steam-heated sidewalks. Eve excelled in school where she especially enjoyed writing — a love that continued throughout her life.
Eve spent her early adult years taking care of the loves of her life, her three sons, Ron, Don and Michael. They loved the outdoors and took full advantage of the great outdoors available around Westwood.

Eve loved the water, and as soon as the ice melted, the family spent many hours at “The Lake” (Almanor). During this time Eve was also very active in Cub Scouts and was the den mother to many troops. Her renowned cooking skills were always on display; she was always cooking for a houseful of neighbor kids as well as her three hungry boys. No one ever left Eve’s table hungry.

She was also never one to shy away from a fight. Eve was a leader in the “Westwood Blackout” against PG&E rates and was instrumental in the fight to stop the logging of the Westwood Cemetery. While small in stature, no one wanted to mess with Eve when she got her hackles up.

When the boys grew up a bit, Eve’s love for writing led her to Feather Publishing in the 1970s through the late 1990s where she first worked for the Chester Progressive, then helped start the Chester Progressive “Westwood Edition.” Later she became the editor of the Westwood PinePress. Eve moved to Susanville where she helped start the Lassen County Times. She served as the Times’ editor, advertising manager and general manager for many years. She worked tirelessly to make all of these newspapers succeed, and loved her work.

In 1998, Eve was offered a job in Southern California to manage the Palisadian Post, in Pacific Palisades, and with a love for travel and a spirit of adventure she left Lassen County. She loved her years in “So-Cal” taking full advantage of the beaches and lifestyle. But in the mid 2000s her love for her home in Janesville (that she called “Wingfield”) drew her back to Lassen County where she again took on a new adventure, first becoming a successful real-estate agent, then advertising manager for Mountain Valley Living magazine, a publication she took great pride in.

At a time in life when many people are looking for a rocking chair, Eve’s “the impossible just takes a little longer” attitude and her passion for living each day to the fullest kept her busy working and taking care of Wingfield. She loved her family and was fiercely loyal, stylish and a genuine force of nature. Eve passed away suddenly July 9, 2019 in Reno, Nevada.

Services were held at 10 a.m. Monday, July 15 at Walton’s Colonial Mortuary with internment following at Westwood Cemetery and a reception later.

Eve was an inspiration to all of us and will be greatly missed. 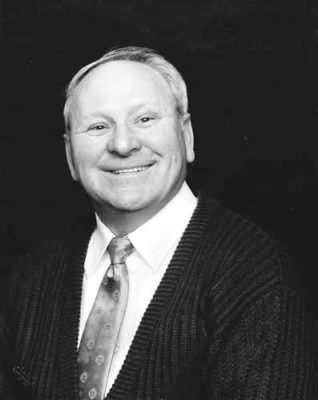 Glen was born to parents John and Myrtle Jones on October 24, 1933, and as so many young men in those days, Glen graduated from eighth grade then went right to work to help contribute to his family.

Glen was married to Truma L. Haggard, the love of his life on Jan. 6, 1951, who survives him. They made their family complete with four children, Sherry J. Jones, John M. Jones, Brenda J. Jones, and Jack D. Jones.

Glen was well known for his drive in his career as a certified master filer through The International Association of Saw Filers and Fitters and excelled in supervision and innovations of the trade. But, we all knew where he was complete in life and that was when he was with is wife Truma, family, friends, hunting, fishing, traveling, and gardening. Along with that, Glen never knew a stranger. Many times did he make a new best friend while filling up with gas at the station.

Viewing was held at 6 p.m. June 28. at the Walton’s Colonial Mortuary in Susanville, California. Celebration of Life followed at Glen and Truma’s home of 31 years for family and friends at 1 p.m. on June 29.

The family would like to ask that in lieu of flowers, please consider a contribution to Research Prostate Cancer Foundation at: PCF.org. 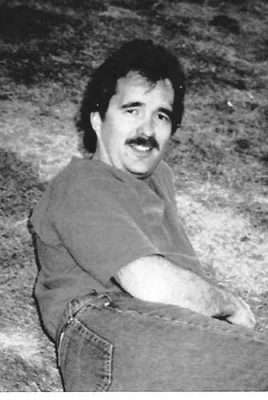 Tim was born to Robert and June (Brockman) Nelson Aug. 30, 1962. Tim attended the Susanville Seventh-day Adventist grammar school then went to Monterey Bay Academy in La Selva Beach California for two years. He came back to Susanville his junior year and graduated Lassen High in 1980. But his love of living by the ocean was strong, and he quickly moved back where he could go scuba diving whenever he wanted. He bought a home up in the redwoods of Felton and started his long career of becoming a Sr. Buyer-Planner for three different medical firms in the San Jose, Santa Cruz area.

Tim loved to fish, camp, travel and cheer on his Giants and 49ers. Tim was a member of E Clampus Vitus and the Moose Lodge. He enjoyed going out with friends and meeting up at Monty’s. Tim traveled to many beautiful places and always planned to retire on an island and live in a hut somewhere warm and easy going.

Tim was preceded in death by his Dad and Mom; and big brother, Jim Edwards.
He is survived by his former wife, Darragh; and step-daughter, Meg; brother, Mike (Jackie) Nelson; sisters, Janis (Chris) Fisher, Carole (Steve) Dustin; and sister-in-law Faye Edward; nine nephews and nieces; 19 great-nephews and nieces; and his faithful dog Snoopy; and cat with a sassy attitude.

Tim was the uncle who bought guitars and stadium horns for the kids at Christmas and just smiled at his siblings while doing it! He loved to play a good hand of cribbage. He was a friend you could always count on. Tim was a rock to his family, always there when needed. A strong, independent, loving man who we will miss every single day.

Graveside services will be at the Old Susanville Cemetery by the Historic Courthouse at 1 p.m. Aug. 24, 2019. Reception to follow at the Monticola Club House on South Lassen Street.

On the evening of July 3, 2019, Phoebe passed away peacefully of natural causes, or in her words “of age,” at Banner Lassen Medical Center in Susanville. Phoebe was 94 years old. Phoebe was being visited and comforted by her son, Patrick and daughter-in-law, Kathe along with the caring staff of Banner Lassen Medical Center at the time of death.
Phoebe Deitchler was born in Lusk, Wyoming on Oct. 29, 1924, to parents Albert and Ida May Guibault. After graduating high school in Lusk.

Phoebe married Floyd Deitchler and they had two sons, Russell and Patrick. Besides being a wonderful wife and mother, she also spent time working as a teacher and for the postal service. She and Floyd lived many years in Rosebud, Montana while their sons were in school.

After their youngest son graduated, she and Floyd moved to Billings, Montana.

After the passing of her husband, Floyd, Phoebe moved to Lake Almanor, to be closer to her sisters. She lived in Lake Almanor until 2016 when she moved into Eagle Lake Village in Susanville, where she resided until her time of death.

Phoebe loved crocheting, sewing, reading and gardening. She loved sitting outdoors enjoying the warmth of the sun. Phoebe’s faith in God gave her comfort and strength throughout the years and especially at the time of her passing.

Cremation has taken place with graveside service in Chester, Cemetery Chester at 1 p.m. on July 23 and Forsyth, Montana, to be determined.