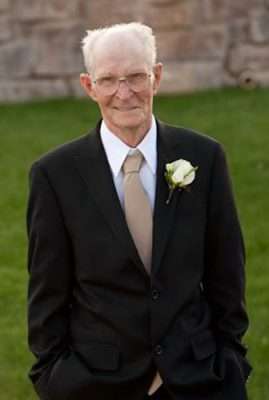 Orval was born April 22, 1926 in Yreka, California. He had six siblings, one of whom was his twin brother Arland. Orval lived in Gridley for a brief time before moving to Susanville in 1936 where he lived the rest of his days.

In 1963 he left Fruit Growers Supply Company and started working for the U.S. Forest Service until he retired in 1990. While employed with the Forest Service, he was a fire crew bus driver, sign maker, equipment operator and truck driver.

On Jan. 3, 1948, he married his love Barbara Grayson. During their marriage they welcomed four children and subsequently nine grandchildren. They were married 46 years before she passed away. In the following years he welcomed 11 great grandchildren.

Orval was involved with his community during his lifetime as he was a Little League district administrator, belonged to the 20/30 club, 40+ years member of the Susanville Elks Club, and was a Ducks Unlimited Committee Member.

He loved to hunt and fish. He especially enjoyed the hunting trips he shared with his two sons. He treasured every moment with his grandchildren and great-grandchildren.

He was preceded in death by his six siblings, and his wife, Barbara.

Services for Oval will be held at 2 p.m. Saturday Jan. 18, 2020 at the Church of Jesus Christ of Latter Day Saints, 905 Richmond Road, Susanville, California. 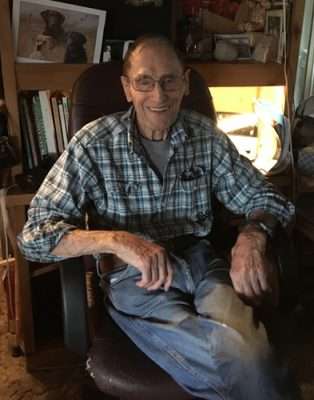 James B. Lytjen, better known as Jim or Coach, passed from this world Oct. 19, 2019. He was born in April of 1921 in Berkeley, California to L. Marinus Lytjen and Johanna Navoni Lytjen. His father passed away when Jim was an infant. His mother then became a working mother, and his upbringing was supported by his extended Italian immigrant family on their Napa Valley Ranch. His childhood was one of hard work and play — filled with running, hiking, hunting, fishing and responsibilities of orchard and animal tending.

As a young youth he excelled in track and field and basketball. He was captain and center of the basketball team at Napa High School. He ran middle distances in track, earning records in the 880-yard run (800 meters). He graduated from Napa High School and went on to study and run at Sacramento City College and then University of California, Berkeley.

His college education was interrupted by World War II during which he served in the Coast Guard as a medic, being stationed in Hawaii.

After the war he returned to Sacramento City College where he met his first wife, Reba. After marrying he transferred to the University of California at Berkeley where he graduated in 1948. Their daughter, Danna, was born the previous year. He then moved his young family to Susanville to begin his teaching and coaching career at Lassen High School. He and Reba later welcomed another daughter into this world, Janice, and two years later, daughter Jeanie.

His career as teacher, coach and mentor to many students and athletes spanned 35 years. Five of those years were spent away from Susanville, coaching and teaching at Ukiah High School and San Jose City College. After experiencing enough of city life, he returned to his beloved mountain community of Susanville. He continued to coach and teach at Lassen High School, eventually transferring his talents to finish his career at Lassen Community College. He also completed his master’s degree in health education at the University of Oregon in Eugene, Oregon, during those years.

He coached many track and field, cross country teams and individuals to league championships. He also coached his daughters and a Lassen Girls summer Amateur Athletic Union team in track and field.

He retired in 1982 to an active life of volunteer coaching, running, bicycling, gardening, hunting, fishing, hiking, rockhounding and bird watching.

After a full life he struggled with osteoporosis and dementia but never lost his kind disposition. The twinkle in his eyes and warm smile were a blessing for others to receive to the very end of his days.

He was preceded in death by his parents; and his dear sisters, Marcia and Jackie; his former wife, Reba; his loving daughter, Danna; and sweet granddaughter Niki.

He is survived by and remembered endearingly by his two daughters, Janice (Avram) and Jeanie; five grand-children: Jessica, Seth (Ra), Mico (Colm) Amadeo and Teresa (Scott); and four great-grandsons.

He is also survived by his former wife and friend, Jeanne Hawley and her children; Carol Ferguson and Fred Hawley; also by her grandchildren, Eliza and Will, Jackson and Sara; and Jeanne’s three great- grandchildren.

In addition he is survived by his dear family friends, Judy and her daughter, Beth (Mike); they, as well as many of his grandchildren, affectionately called him “Papa Jim.”

His family thanks his former athletes, and the community of friends and caregivers in Susanville and Oregon for their love and support during Jim’s career and in his aging years.

Remembrances may be made to the Lassen High School Jim Lytjen sports scholarship fund, the Lassen Community College sports program or an outdoor conservation or environmental organization of your choice.

A celebration of his life will be held in May of 2020. Time and location will be announced in this publication in April of 2020 and on Jeanie Lytjen’s Facebook page. 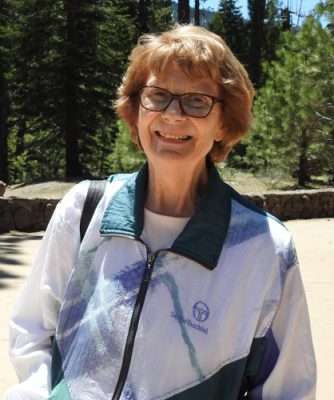 On Tuesday, Dec. 31, 2019 Sandra Diane Engel, beloved sister, mother, grandmother, aunt and friend “shuffled off to Buffalo” at the age of 78. Considering her extreme aversion to anything remotely technology-related (except for her DVD player and Bose CD player), it seems somewhat fitting she left us just before the historic year of 2020. The Presidential election alone may have done her in.

Sandra was born in Sept. 1941 in Susanville, California to Albert Theodore and Marveen Petersen. She received her nursing degree in 1962 from St. Luke’s School of Nursing. She later went on to earn her bachelor’s degree in nursing from California State University, Chico, and was a nurse for more than 40 years. Her first nursing job was at the Shriner’s Hospital for Crippled Children in San Francisco. Nursing took her many places; she touched lives at convalescent homes, and in more recent years, was an admired school nurse.

Sandra loved to travel and was always up for an adventure. She went skydiving the year of her 50th birthday and visited many different countries over her busy life, including France, Belgium, Germany and Australia. She loved Lassen National Park and the Columbia Gorge. San Francisco held a special place in her heart, and she visited as often as she could.

In her quieter, later years she embraced other passions she had. She was a Scrabble master and continued the family tradition of being overly competitive at cards. A voracious reader, she surrounded herself with her favorite books and passed on that love to her granddaughter. She loved musicals and movies and thus was able to be talked into a DVD player by her family; one of the only pieces of “technology” she learned to use. Sandra was a wonderful letter writer and crossword puzzle-solver. An avid fan of the Warriors, she did not miss a game. She was a social butterfly with an unmistakable laugh and would talk to anyone who crossed her path. Sandra was loved by many and had friends all over the world. She was too busy making memories to be much of a cook, but anyone in her life will tell you about her amazing pumpkin chocolate chip muffins.

A celebration of her wonderful life will be held in April to allow safer travels for the many people who loved her. 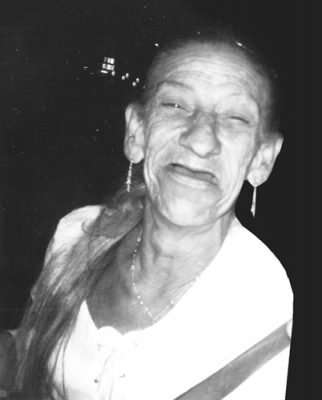 Margaret Ann Bigelow passed away peacefully with her family by her side, in the early morning of Dec. 26, 2019 at Renown Regional Medical Center. She was 67 years old.

Margaret was born Nov. 18, 1952 in Loyalton, California. She moved to Westwood, California at age three where she lived most of her life. Margaret married the love of her life, Art Bigelow on July 2, 1970 and the newly wed couple moved to Oregon.

In 1979 the couple moved back to her family home in Westwood. She joined the bowling league and raised four children, Sandra, Annie, Charles, and Margaret. She loved Moonlight Lanes so much she became a waitress and worked many years there.

Margaret was known for her over the top smile, infectious laugh, and small but mighty demeanor. She is loved and missed by so many people. We love you Grandma!

Margaret is preceded in death by her parents, Charles and Irene McCollum; her husband, Art Bigelow; seven of her siblings; and her daughter, Sandra (Bigelow) Matanane. She is survived by three of her children, Annie Bower (David), of Westwood, California, Charles Bigelow, of Casper, Wyoming, and Margaret Terry (Rob), of Janesville, California; along with several grandchildren; and great-grandchildren, nieces and nephews.

A celebration of life will be held at 1 p.m. July 18, 2020 at the Community Center in Westwood, California.

Linda was preceded in death by her parents, Dwight and Erma Keen, and her son, Trevor. She is survived by her daughter, Gabrielle; a brother, Dan Keen, of Brodhead, Wisconsin; and a sister, Ellen Murphy, of Fort Wayne, Indiana; along with three nieces and five nephews, all of whom she often spoke fondly.

No Susanville service is planned at this time. Family graveside services will be held in Wisconsin at a future date. In lieu of flowers, please make a donation to St. Jude’s, Mama’s or to SIDS in Linda’s name.