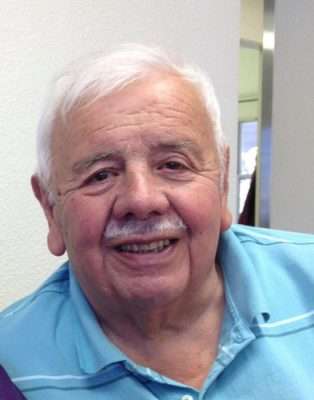 He was born to parents Santos and Cruz Barrera Jan. 23, 1931, in Westwood, California, and graduated from Westwood High School in 1949. He married Soledad (Perez) Barrera Oct. 6, 1951, and spent the next 65 years as husband and wife. He began the early days of his working career at the Red River Lumber Company in Westwood, later working until retirement at Collins Pine Company in Chester, California.

In his younger days, Bob was an avid deer hunter, a passion he shared with his wife. It could easily be said that most stories he told began with where he hunted or where he or his wife had killed a deer. As a Westwood native, he thoroughly enjoyed researching and sharing his knowledge of local logging and hunting history as well as tales about the town of Westwood during its heyday.

Like most folks his age that grew up in this area, he held a love and deep appreciation of the outdoors. His affection for the “woods” never faltered. To him, the local mountains and valleys were more than just beautiful scenery. To him, those areas represented 88 years of memories of growing up, past adventures, family gatherings, camping trips, hunting excursions and woodcutting outings. His profound connection to the area was rooted in those recollections of times gone by.

In his passing he leaves his loving children, son, Fernando, of Westwood; daughters, Susan Barrera and her husband John Lee, of San Francisco, California, Anita Barrera, of Sacramento, and Nancy Barrera, of Westwood; her beloved grandchildren, Ariel and Emily; brother, Tom, of Campbell, California; sisters, Lydia Calbreath, of Red Bluff, California, Alice Buckle, of San Jose, California and Carolina Hoffman, of Lincoln, California; along with numerous nieces, nephews and great-nieces and nephews. Bob joins his son, Stephen; brother, Adolfo “Fito” Barrera; and his wife, Soledad, in his eternal home.

A Mass of Christian Burial will be celebrated for the repose of his soul at 11 a.m. Saturday, Jan. 18, 2020, at Our Lady of the Snows Catholic Church, 220 Clifford Drive, Lake Almanor, California. A potluck reception will follow at the Westwood Community Center; all are invited to attend. The family asks donations be made to the Westwood Museum, Inc., P.O. Box 355, Westwood, CA 96137 in lieu of flowers. 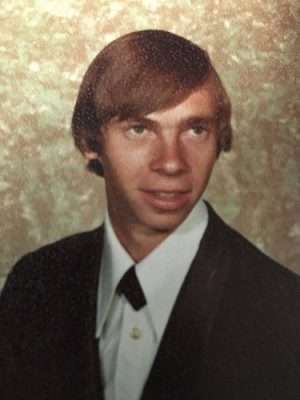 As a youth, Paul enjoyed cross-country running, fishing, swimming and working with machinery. He was a member of Boy Scouts and Civil Air Patrol.

As a teen, Paul began terrorizing the neighborhood on his custom made, and/or resurrected bicycles, usually on one wheel. His siblings are witnesses that he rode a wheelie the length of Fourth Street and that he also cleared the school fence by jumping his bike. During this time, he also took an interest in cooking and later worked as such locally.

Paul loved his nieces and nephews and always had stories, treats and praise for them.

A Celebration of Life will be held for Paul at the Masonic Lodge in Susanville at 1 p.m. on Saturday, Jan. 11, 2020. In lieu of flowers, the family suggests making donations in his name to Teen Challenge. 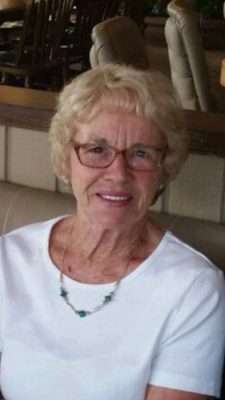 Lynn Ellen (Dunn) Milton, 78, passed away peacefully with family at her side after a brief battle with cancer Dec. 27, 2019 at her home in Susanville, California.

Lynn was born in Susanville on Dec. 14, 1941. She graduated from Lassen High School with the class of 1959 and then attended Reno Business College in Reno, Nevada.

Lynn was married to the love of her life, Ronald Milton on Dec. 3, 1960 at the Methodist Church in Susanville and they just recently celebrated their 59th wedding anniversary.

Lynn worked at the Bank of America for more than 20 years with the latest position being a loan officer. A career change found her working in the Lassen County Clerks office until her retirement.

Lynn enjoyed managing Bobby Sox Softball teams, leading AWANA groups at Calvary Baptist Church, being involved with her children’s 4-H activities, serving on the Susanville Ranch Park Development Committee, serving as secretary for the Surprise Valley Community Church in Cedarville, California and spending time at their home at Eagle Lake. Other activities she enjoyed were gardening, canning, cooking, sewing, spending time with family, friends and various animals at their ranch in Lake City, California and was always looking to add to her collection of color-coordinated “Skechers” brand tennis shoes to match all her outfits.

Lynn often talked about how much she enjoyed growing up in the Standish and Litchfield area where her father managed the Dakin Unit of the Honey Lake Wildlife Area. She loved riding horses around the Hartson Lake area and enjoyed many outdoor activities where her family resided.

Services will be held at 1 p.m. Saturday, Jan. 18. at Walton’s Colonial Mortuary in Susanville. In lieu of flowers, please make memorial donations to the charity of your choice in memory of Lynn Milton. 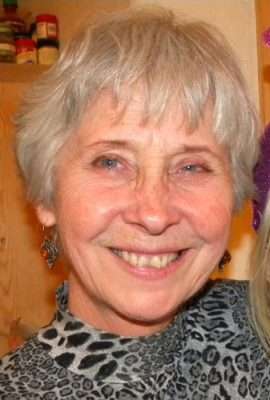 Laima Danilovs, a librarian and neighborhood mentor, focused her lifelong love of books and practice of yoga on nurturing students and her community in Westwood, California and beyond.

“She was not just a reader or yoga teacher but a storyteller and a spiritual leader. And she loved to dance,” said Mary Ann Mayne, a co-worker at Fletcher Walker Elementary School.

Born Dec. 1, 1946, her earliest years were in a displaced person’s camp in Augsburg, Germany. Her Latvian parents, Reinholds and Edite Danilovs, were separated during World War II but reunited in a serendipitous encounter at the end of the war. The family of five moved to the United States in 1949, sponsored by the Lutheran Church. They settled in Ventura near a big community of other Latvian immigrants.

After graduating from high school Laima attended Santa Barbara Community College before setting out as a free spirit, traveling up and down the west coast from southern California to Alaska. She did a stint at modeling and was drawn to a variety of arts, including knitting, tie dying, and embroidery. She dabbled in pottery her entire life.

In 1973, while taking classes at College of the Redwoods, she met Bix Blaufuss, her instructor in a creative writing class. They committed to living together “at the end of a dirt road,” said Maija West, their daughter. That vision led them briefly to Glenwood Springs, Colorado, where they married, and then to Westwood in Lassen County, Laima’s home for 44 years.

While happy as a stay-at-home mom, once her three children were in school, Laima worked in the cafeteria and then became an assistant teacher at Fletcher Walker Elementary School. She served many terms as president of Parent Teacher Student Association. Among her contributions was an annual creative writing contest for students from kindergarten through 12th grades. The competition offered prizes in poetry, fiction and non-fiction. The reward was a handful of whatever cash a student could grab from a pickle jar.

In 1999 Laima landed her dream job as Westwood elementary school’s librarian, eventually taking over librarian duties at the high school as well. She also launched an after-school drama class for elementary school students and worked with high school drama coordinator Jacquie Cordova to produce plays that included The Wizard of Oz. She was an active volunteer in Westwood High School’s peer program training students in communication skills that allowed them to tutor fellow students in teamwork and positive interaction. Laima retired from the public school system in 2012.

She was central to the seasonal Solstice and Equinox celebrations held for decades in and around Westwood. Laima also organized book groups, hiking, birding and kayaking expeditions, and was a devoted gardener.

Throughout her life Laima cultivated her interest in yoga. As a certified instructor of Hatha Yoga, she taught students of all ages for more than 40 years. One of her particular strengths was ensuring that her class was accessible to a variety of levels and abilities. “She was extremely considerate and nurturing, which was powerful for her students. Laima changed many lives,” Cordova said.

Surviving Laima are her daughter, Maija West, son-in-law Cody and granddaughter, Eva, all of Carmel Valley; son, Jake Blaufuss, daughter-in-law Kirsten, and granddaughters Madeline and Anja, all of Chester; daughter, Shey Blackwood, son-in-law Keith, and grandchildren Tristin, Alexis Rose, Austin and Josh, all of Red Bluff; brother, John Danilovs, of Phoenix, Arizona; sisters, Maija Reznick, of San Mateo, and Margaret Danilovs, of Ventura. She was predeceased by her husband, Bix Blaufuss in 2013.

Any memorial gifts should be made in Laima’s name to Breakfast for Kids, Fourth and Greenwood, Westwood Unified School District, Westwood, CA, 96137, or Mountain Meadows Conservancy, Box 40, Westwood, CA 96137. A memorial service will be held in late spring or early summer.

Linda was preceded in death by her parents, Dwight and Erma Keen, and her son, Trevor. She is survived by her daughter, Gabrielle; a brother, Dan Keen, of Brodhead, Wisconsin; and a sister, Ellen Murphy, of Fort Wayne, Indiana; along with three nieces and five nephews, all of whom she often spoke fondly.

No Susanville service is planned at this time. Family graveside services will be held in Wisconsin at a future date. In lieu of flowers, please make a donation to St. Jude’s, Mama’s or to SIDS in Linda’s name.