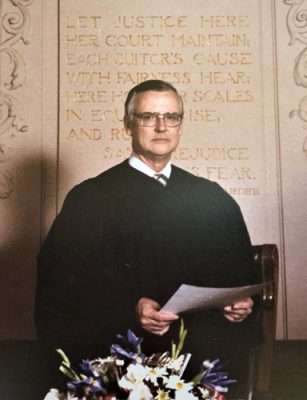 It is with great sorrow that we announce the death of Judge Joseph B. Harvey, at age 91, following a lengthy battle with Parkinson’s.

He was preceded in death by his parents, Earle and Mary Harvey; his brothers Earle Jr. and Dede Harvey; his son, Warren Harvey; and his grandson, Joseph (Max) Dandois. He is survived by his beloved wife, Donna Harvey; his brother Van Harvey (Margaret); his children, Jean Pope (Gary), Thomas Harvey (Judy), Mary Harvey and Kate Harvey-Lee (Kenneth); his step-children, James Dandois (Nicole), and Leslie Dandois (Dale Beesmer); as well as 13 grandchildren; and six great-grandchildren.

He was born Nov. 5, 1927 in Hankow, China, where his parents were serving as missionaries. A part of “The Greatest Generation,” he served in the Navy during World War II and later in the Air Force as a JAG officer. He got his undergraduate degree from Occidental College and his law degree from Hastings School of Law where he was a member of the Order of the Coif. He served as assistant executive secretary for the Law Revision Commission (1959-1967) and in that capacity was instrumental in the formulation and drafting of the California Evidence Code which was enacted into law in 1965 and remains largely unchanged today.

Later, he sat on the Judicial Council of California Advisory Committee which rewrote California’s jury instructions into more understandable and usable instructions, now known and widely used as the CACI instructions.

In 1965, at the conclusion of his work on the Evidence Code, Joe Harvey volunteered to travel to the American South to work with Lawyer’s Committee for Civil Rights Under Law, which has been formed by JFK, but began work in earnest after the passage of the Civil Rights Act and Voting Rights Act in 1965, when civil rights workers poured into the south, striving to make voting and civil rights practical realities under the new law. Violence and arrests became commonplace, and Harvey acted as a volunteer lawyer representing people in the front lines in courts and city halls all across Mississippi, working alongside some of the great civil rights leaders like Charles Evers and Andrew Young. He had no ulterior motive – he had no political ambitions. He had nothing to gain personally and no vested interest in the work he was doing, other than his desire to see America fulfill it’s promise and for the rule of law and justice (which he held so dear) to be equally available and ensured for all. He did it for no other reason than he loved America and despised injustice – particularly where it was imposed upon the vulnerable or oppressed.

In 1970, Harvey and his first wife, JoAnn, moved with their family to Susanville, where he opened his own practice and became a regular Atticus Finch in the county seat of Lassen County. He often got paid “in kind” through things like chopped firewood stacked for the winter, a linoleum floor installed and even, once a goose shot and dressed and delivered just before Christmas. He was elected and served for 18 years as Judge of the Lassen County Superior Court of California. He cared deeply for the Lassen County community he served.

On Dec. 24, 1983, Joe married his second wife, Donna Dandois. They were both long-time members of the Susanville United Methodist Church, where Joe directed the choir and taught Sunday school. He loved classical, jazz and gospel music and sang in barbershop quartets whenever the opportunity arose, directing the barbershop chorus in Susanville, The Chordsplitters, for 10 years. Many years after Joe retired from the bench, Joe and Donna made Sparks, Nevada their home, but Susanville remained in their hearts.

The family wishes to extend their sincere thanks to the entire staff and caretakers at the Cascades of the Sierra in Sparks for their loving concern and dedicated care to Joe and his entire family. The family also wishes to express its gratitude to Infinity Hospice Care for the kindness and dedication shown by the staff and the entire organization toward those facing difficult times.

Memorial services are planned for 11 a.m. Saturday, Oct. 5, 2019 at the Susanville United Methodist Church, with a reception to follow. In lieu of flowers, the family asks donations be made in Judge Harvey’s name to the Parkinson Research Foundation at parkinsonhope.org. 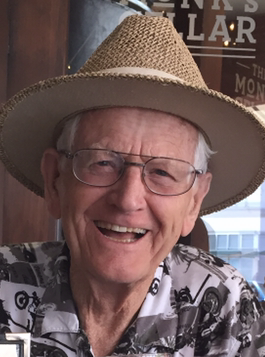 His early years were on the family farm caring for his Uncle George and Grandmother. At 10, he and his mother move to California. At 13 his first job was at the Richmond Shipyard. At 15 ½ lying about his age, he enlisted in the Coast Guard serving for the Merchant Marines in WWII, learning his trade as stationary engineer. Later he worked at Contra Costa County Hospital, PG&E, Union Painter. As stationary engineer he worked in Vacaville CMF and Susanville CCC in the prison system. For more than 50 years he was a volunteer chaplain serving inmates.

In 1949 Bob married Lela and moved to Martinez. They built their own house while adding Thomas and John to their family. Many adventures were had camping 150,000 miles on their Gold Wing motorcycle. Following Lela’s death in 2002, he married Ethel in 2003.

Around 1951 a Jehovah’s Witness climbed his rickety ladder to speak with him, on his roof, about the Bible. Woody wasn’t religious but the truth from the Bible made sense. He was baptized as one of Jehovah’s Witnesses on July 31, 1954 in Oakland, California. Woody’s compassion, humility, and approachableness led to many Bible studies with inmates. It’s said that 85 percent of the inmates that studied with Woody did not re-offend. Upon his retirement the inmates honored him with a bountiful “spread” nothing held back.

Woody was adventurous his whole life. He loved Jehovah, family, hard work, motorcycles, wine, garlic, habaneros, and laughing at jokes from his best buddy, Geno. He liked fixing things and working with tools, but his greatest joy came from helping people improve their lives by learning to love, trust and obey Jehovah. 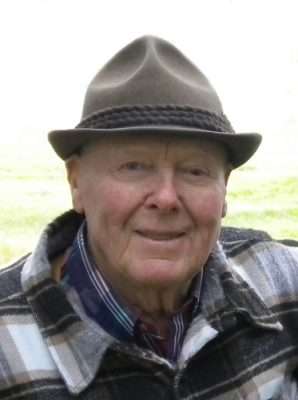 Arnold Togni, 90, passed away in Redding, California on Sept. 21, 2019. He was born March 23, 1929 in Gordola Gordemo, Canton Ticino, Switzerland to parents Bernardo Togni and Maria Mocettini Togni. He was a resident of Eagle Lake in Lassen County.

Arnold immigrated to California in 1948 and began working on a dairy farm milking cows. In 1950 he met and married Dolly Masciorini, his loving and devoted wife of 59 years. He and his brother-in-law, Ben Masciorini then became partners in row-crop farming in Greenfield and King City. There, Arnold and Dolly raised their four children and truly enjoyed their life on the ranch and being part of the farming community in the Salinas Valley. In 1980, he and Dolly retired to Eagle Lake where they spent 29 wonderful years until her passing in 2009.

In 2012, he met his loving and devoted companion, Lisa Frey, and they enjoyed the rest of his years at their beloved Eagle Lake. His love for farming continued in retirement as he always had a garden with any kind of vegetable that would grow. His favorite place to be was always in the garden tending to all his plants. He believed that if you love the land, the land will love you.

Arnold also enjoyed fishing, hunting, barbecuing, making polenta and stew, and watching his favorite sports teams, the 49ers and the San Francisco Giants. He relished spending time with family and his many friends.

Our father was a man of his word, had a heart of gold, and was always there to lend a hand to anyone in need. He had many lifelong friends and relatives in the Eagle Lake community as well as in Southern Monterey County. He was loved by all who knew him and will be deeply missed and fondly remembered.

Arnold was preceded in death by his parents; eight brothers and sisters; wife, Dolly Togni; and son, Mike Togni. He is survived by his companion, Lisa Frey; daughter, Nancy Lester (Boyd), of Roseville; sons, Walter Togni, of Eureka, Martin Togni (Shannon), of San Diego; granddaughter, Danielle Lester; grandsons, Matthew and Brendan Togni; as will as many nieces, nephews, and cousins in California and Switzerland. A private memorial and celebration of his life will be held at a later date. Those wishing to make donations in memory of Arnold may do so to: American Legion Post 0162-Eagle Lake, 687-935 Spruce Way, Susanville, CA 96130.

In 1955, Ginger married Robert (Bob) A. Hartner Sr. and began their life together in Denver, Colorado where they had their first child, Diana L. Kosar.

Within a year they relocated to the California Bay Area where Bob worked for Pac Bell, and they had three more children, Terri L. Hartner, Robert A. Hartner, Jr., and Laurie Krmpotic. In 1962 Bob transferred with Pac Bell and they moved to Clearlake Oaks, California where they continued to raise their four children.

In addition to raising their four children Ginger volunteered at the elementary school her children attended, as well as worked at Red and White Market in the butcher department for a couple of years.

Ginger enjoyed gardening and traveling with her husband after his retirement with Pac Bell. Her greatest joy was spending time with her many grand and great-grandchildren.

A memorial service to honor Ginger will be held at 11 a.m. Oct. 5, 2019 at Sutter Terrace Complex, 6725 Fiddyment Road, Roseville, CA 95747. We ask that her family and friends come join us to share memories.