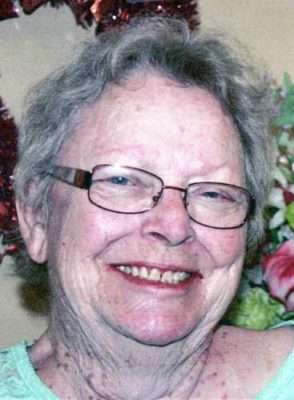 She married Jack Ewalt and spent 58 years together until his passing. She was a dedicated wife and mother and worked many different jobs to help out. Her last adventure was owner and operator, with her husband, of the 7-Acres Cafe in Litchfield, California. She loved cooking, gardening and her flowers.

Preceding her in death were her husband, son, Steve; and grandson, Wade. She is survived by her son, Shane (Raelene); daughters, Candace and Cindy; her brothers, Earl Stevens (Della), David Newton and Jay Newton (Cory); sisters, Sue Smith and Karen Newton; granddaughter, Cory; and grandsons, Jamie and Tyler; and several nieces and nephews.

There will be a private memorial later at Bull Creek Cemetery up South Fork outside Cody, Wyoming.

Bryant Funeral Home is assisting the family with the arrangements. Growing up Vicki was always ambitious and hard-working, traits that served her well throughout the entirety of her life. She earned her real estate license when she was just 18 years old and her broker’s license soon after. She moved to Lassen County in 1996 with her two young children, whom she wanted to raise
in a small town.

In addition to being a mother and business woman, Vicki was passionate about being involved in the community. She served as a board member for the Lassen County Chamber of Commerce, was involved in the Lassen County Planning Commission, a business member of HUSA and a member of Soroptimist of Susanville and the Monticola Club. Vicki also had recently discovered a love for travel and was able to visit Greece, Italy, Finland, Denmark, France and Japan in the two years preceding her death.

A Celebration of Life will be held from 6 p.m. to 9 p.m. in honor of Vicki Friday, Nov. 2, 2018 at the Veteran’s Memorial Hall in Susanville and is open to all community members who wish to attend. The family requests that attendees wear purple, which was her favorite color. 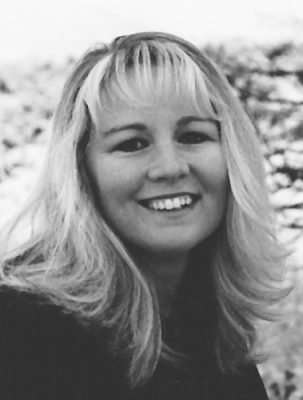 After moving as a child, Pam grew up in Klamath Falls, Oregon. That is where she met her high school sweetheart and the true love of her life, Mike Novosad. Mike and Pam were married in 1989.

Shortly after marrying, the two moved to Susanville, California and they were blessed to have and raise their two daughters, Ashley and Megan there.

One of her greatest joys was watching her girls grow-up, whether it was cheering them on at their games, going shopping or just spending time with her family, she was so proud of them and who they have become. She also loved being with her friends, and she had a lot of them. Pam was a strong woman of faith, always had a positive attitude and never complained, especially as she battled her illness.

Pam was so grateful to Banner Lassen Medical Center, where she worked for more than 28 years, and her “work” family. Her wish was any donations made in her honor be to BLMC Foundation, 1800 Spring Ridge Dr., Susanville, California 96130.

As Pam wished, a Celebration of Life will be held from 2 p.m-5 p.m. Saturday, Nov. 3 at Sentimental Journey, 465-320 Church St. Janesville, California.

Patricia Ann (Hubertus) Tobin
May 21, 1947- Oct. 20, 2018
Patti passed away peacefully after a long illness, with family by her side, in Grand Junction, Colorado.

She was born and raised in Durango, Colorado, the eldest child of Cloyd and Bertha Hubertus. The daughter of the longtime chief of police and his sainted wife. Patti enjoyed an idyllic childhood as a Becky Thatcher in a Tom Sawyer world. She loved the Durango of her youth.

She married in 1973, and she and her husband raised their three sons in Durango and Dolores, Colorado, and Susanville, California where Patti carved out a long career as a bookkeeper for the Susanville Indian Rancheria. She made many friends and always remained the consummate mom.

She is survived by her three sons, Bo (Misty) Tobin, and Shea (Michelle) Tobin, of Grand Junction, Colorado; and Ross (Becca) Tobin, of Eric, Colorado; her loving husband, Brian; and nine grandchildren. Also surviving are sisters, Susie and Shelley Hubertus; and three brothers, Tom, Steve, and Mike Hubertus, all of Durango, Colorado. Her parents, and her brother, Bobby preceded her in death.

Toward the end, she had lost her mobility and her eyesight, but she never lost her indomitable spirit which she had exemplified all her life and which served as an inspiration to her boys whom she raised to honorable manhood. Her first thought every day and her final thoughts before passing were for her boys. They love her mightily and will cherish her memory. Patti’s siblings and extended family and friends will also carry her love with them.

A celebration of Bob’s life will be held Nov. 3rd at 11 a.m. First Southern Baptist Church, 1545 Cornell Street with a reception to follow. William Phillip Chandler passed away Oct. 24, 2018, probably paying his bills online. Phillip was born in Susanville, California on Aug. 5, 1948 to Hannah and Levi Chandler.
There will be a potluck celebration of life on Saturday Nov. 3 at noon at Honey Lake Valley Assembly.

Phillip was a faithful, steadfast, truly honorable man. He was a hard worker, who would kill someone who hurt his family and you would never find the body. Despite his tough persona, he somehow managed to be the most important person to his wife, daughters, and grandchildren. Even though they were brats and he didn’t love any of them. When asked how he was doing he would respond, “Still alive.” To be clear, that is no longer the case. He is dead and happy about it.

Phillip is preceded in death by his daughter Tammie; great-granddaughter, Lacey; sisters: Ruth, Marie, Norma; and brothers, Cookie and James. He is survived by his beloved wife, Terri Chandler (the only person he really liked); daughter, Delane; obnoxious grand children who also had kids, and half of the population of Susanville. Which is why we are paying $90 to publish this obituary.

That’s enough money to buy a refrigerator the year Pop was born, or to take all of his grandchildren, and great-grandchildren to the movies tomorrow. So you’re welcome. It is also why we are just adding words to make this longer. Getting all 350 words in. Sticking it to the man on behalf of Papa. 316, 317, 318, 319… OK. I’m done. Love you Papa. You’re favorite and we all know it. Ps. We’ll be posting Angel’s obituary under yard sale ads, who knows what prices will be by then?