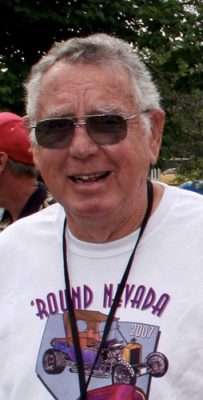 Charles (Charlie) Meredith King, 89, of Litchfield, California, passed away Nov. 3, 2019 at the Veterans Hospital in Reno, Nevada. He was born to Kenneth R. King and Lillian E. King on June 18, 1930, in Venice, California.

After serving his country with the Air Force during the Korean War, stationed in Okinawa, he returned to marry his sweetheart, Vivian Powell, in May of 1953 raising their family in Oregon and then California.

He was a hard worker and his career included jobs at various lumber mills in Oregon, at the Southern California Gas Company in both Santa Maria and San Luis Obispo, California; and then accomplishing his dream of establishing a successful RV dealership (Central Coast Campers) in Pismo Beach, California. After selling his business, he worked in the RV field in Northern California. After his retirement in 1991, Charlie and Vivian moved to Secret Valley to work with his son-in-law and daughter on their ranch while also helping his son construct biodiesel plants for Pacific Biodiesel.

Charlie was a practical person. He always enjoyed cars and in the early years raced on dirt tracks with his brother-in-law. He collected Studebakers and drove his 1956 Studebaker President to the Studebaker Museum in Indiana with his sons-in-law, Cris and Greg. He enjoyed target shooting and hunting winning many sharp shooting awards. His pride and joy was the success of his children and grandchildren.

Family members preceding him in death include his wife, Vivian; an infant daughter, Nancy; his brother, Kenneth; and two sisters, Jacqueline and Mary Lee; as well as his parents.

Memorial services will be held at Walton’s Colonial Mortuary at 11 a.m. on Nov. 23, 2019 with graveside burial following at the Diamond Crest Cemetery. A celebration of life will follow at the Honey Lake Valley Association (Grange), 472-690 Theatre Road in Susanville with family and friends.

In lieu of flowers, donations can be made to the Studebaker Museum, 201 Chapin St. South Bend, Indiana, 46601 (with a note for donation for Charlie King) or online at studebakermuseum.org/support/donate/.

The family wishes to express a special thank you to Linda, Charlotte, and Dr. Russell at the Veterans Home Health Care in Susanville and the staff at the Veterans Hospital in Reno, Nevada for their professional care and compassion; as well as to our many friends and family that have given endless support.

Robert Russell Harrison was born in 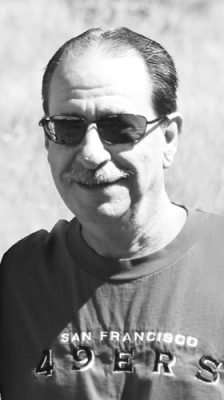 Bob enlisted in the U.S. Navy in 1977 after attending Salinas High School. Later in life, he worked as a handyman. He enjoyed creating wood projects and found great satisfaction giving them away to friends and family. He also enjoyed playing Words With Friends where he regularly scored 400+ points a game.

He was preceded in death by his wife, Sonnet Harrison; and his father, Donald Ray Harrison; and his uncle, Paul Harrison; His mother, Laurie Partridge, lives in Folsom, California with husband Ronald Partridge. Other surviving family members include a brother, Michael Harrison, who lives in Folsom, California with his wife, Jennifer, and their two children. Bob’s sister, Deidre Clyde, resides in Santa Rosa, California with her husband, Tom. Two children of Deidre’s reside in Rancho Cordova and Santa Rosa. Bob’s stepsister, Mindy Pringle, her husband, Rick, and their two children reside in Livermore.

Bob’s additional family members include an aunt, Cecilia Murdoch in Middlebury, Vermont, and her four children, Andrew, Matthew, Amy and Jennifer and their children. Aunt Maureen Harrison and her children reside in Colorado. 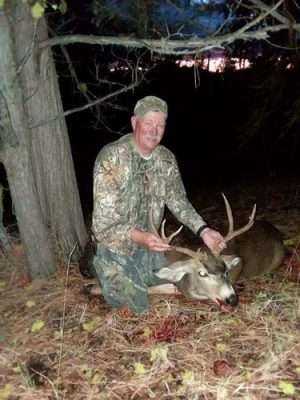 Tuesday, Oct. 29, after losing a short but courageous battle with ALS. Bert was surrounded by his loving family, Gini, Casey, Matt, Amanda, Michaelyn and Owen in his home in Susanville, California. Bert was loved by many. He was one of the kindest souls on earth, as well as a jokester. He could always make his family and friends laugh.

Bert was born in Alhambra, California April 14, 1952 to Bob and Sally (Beaston) Shirley. He joined two older siblings, sister, Aileen (Shirley) Sanchez, and brother, Mike Shirley. Bert attended school in the El Monte, California area. He graduated from Rosemead High School in 1970. While there he played football, wrestled and was editor of the yearbook his senior year. He then attended Rio Hondo Junior College where he continued wrestling. Bert transferred to Sonoma State College in Rohnert Park, California, and it was there he met his wife Gini (Cowens) Shirley. They were married Aug. 4, 1973.

Bert and Gini moved to Modoc County in 1975 and lived there for 12 years. While there Bert and Gini had their two sons, Casey and Matt Shirley. Bert was an avid outdoorsman and Modoc was an ideal location for him to indulge in his passion.

While living in Modoc, Bert and Gini were baptized and became members of the Church of Jesus Christ of Latter-day Saints. Bert served in many capacities within his church. Perhaps the one that gave him the most spiritual growth was that of Bishop. He truly loved those he was given stewardship over.

Bert moved his family to Susanville in 1987 to work for the Department of Corrections, first at CCC and later transferring to High Desert. He retired from Corrections in 2007. Bert’s greatest joy in life was his family. Family first was his motto.

He loved his time spent hunting with his best hunting buddy, Matt, and reading and discussing books with his son Casey. His daughter-in-law, Amanda, was like a daughter to him. His two grandchildren, Michaelyn (KK) and Owen gave him such happiness. He cherished the moments he was able to watch as they played soccer, softball, baseball, basketball, and volleyball. He was their biggest cheerleader.

Bert and Gini spent the last five years of their marriage traveling together in their RV. They had many wonderful adventures. Bert’s favorite trips were those he and Gini made visiting National Parks.

Bert’s family mourns his death. Each has lost an important part of their heart. Although they are heartbroken, they look forward with joy and hope to the eternities where they will be reunited.

Ralph was born in 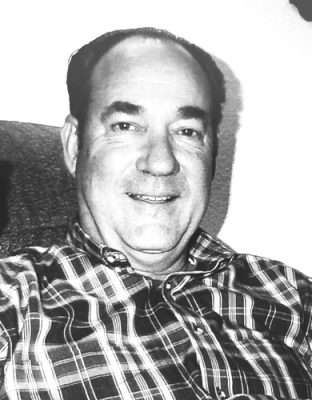 Huntington Park, California July 16, 1942 to Ralph Sr. and Dorothy Friend. Ralph grew up in the South Gate, California, attending both grammar and high school locally. He attended South Gate First Baptist where he was baptized. Ralph went on to attend East Los Angeles College, where he obtained a degree in electronic engineering. While at East Los Angeles College, he met a lovely young lady named Joyce while taking a dance class. He and Joyce married in the fall of 1963.

With the degree in electronic engineering, he got a job working for Aerospace. He worked on the Apollo 13 space shuttle. Once that program ended, he started his career as a firefighter. He was hired by the Downey Fire Department as a firefighter and rose through the ranks to captain.

While vacationing in Lassen County, they decided that Susanville was where they wanted to retire, moving their family in the spring of 1983. He began his second career as a correctional officer for the Lassen County Sheriff’s Department, then later in the probation department, working with troubled teenagers. He dedicated his life to helping and encouraging teenagers, both in his job as a probation officer and volunteering at the Calvary Baptist Church. He was a mentor to many young adults and made a difference in so many lives.

He was a devoted husband, father and grandfather. He lived his life in service to the Lord, others and his family. Some of his happiest times were fishing and camping with his family. He is survived by his wife, Joyce; son and daughter-in–law, Mark and Tammy Friend; daughter and son-in–law, Kelly (Friend) and Tom Smith; grandchildren Steven Friend, Christy (Friend) and CJ Cortez, and Nicholas Friend; and great grandchild Liam Cortez, all of Susanville, California.

In lieu of flowers, contributions may be given to the Standish Bible Church, P.O. Box 267, Standish, CA 96128. The family will have a private scattering of his ashes at a future date.