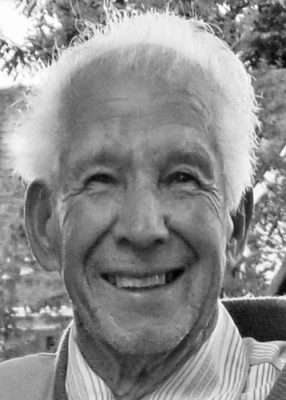 Happy Trails Daddy! I imagine you are saddled up on big ol’ Sally with Laddy the Labrador taggin’ along behind, riding into the sunset Nov. 2, 2019….

Born Nov. 10, 1930 in Gridley to Nathan and Alta Farnworth, Bob would join a brother Nathan, fondly referred to as Nick, and sister Mildred they lived on the family farm and eventually moving to town while Bob was still a young boy. He attended and graduated the local high school, attended college classes at Yuba College before following his brother and moving to Quincy.

From Quincy he would go on to serve his country by enlisting in the Navy serving aboard ship as the store clerk during the Korean War, for a tour of four years. Upon his discharge he would return to Quincy, making it his permanent home where he would fall in love, have a career, raise a family, retire and build a beautiful life on the ranch.

Returning to Quincy from the Navy, Bob would work for Rose’s Market, Boyd’s Market and Feather River Auto Parts before beginning his career with the Post Office. He would rise from the ranks of clerk to postmaster before retiring after 28 years of dedicated service.

In the late fall of 1953 Bob would meet and quickly fall in love with Dorothy Lee Jeskey, a lifelong resident, whose family had lived in Quincy since the late 1800s. He proposed marriage and in early spring, April 17, 1954, they would be joined in a beautiful Easter ceremony at the Methodist Church by the Honorable Bertram Janes — and as Quincy’s Easter weather would have it, it snowed six inches and the bride was carried into the church. Bob and Dorothy celebrated 65 years of marriage.

They would settle on the family ranch and build a home. They would have three children of their own Thomas, Lisa and Donald. However, their door was always open and there were numerous other individuals, too many to mention, who would become part of the family and enjoy the hospitality of living on the ranch.

They raised cattle, sheep, horses, chicken, goats, geese and ducks. He had a special relationship with the exotic emus and alpacas. One of his biggest joys was sharing the ranching experience. Whether it be taking a lamb on the bottle to school or a busload of children that would come to the ranch, or just someone wanting to look at the animals, he was always willing to show them around.

Bob liked volunteering. He was a sheep and woodworking leader for 4-H for many years, a member of Grange, and he worked many hours at Plumas Eureka Ski Bowl clearing runs and helping build the lodge; his building plans hang in the lodge today. He taught all three of his children to ski at the Historic Johnsville Ski Bowl on the old bunny tow. Wow! What memories, like it was yesterday. One of his favorite endeavors was working with the Resource Conservation District and the restoration projects, especially of Wolf Creek and Greenhorn Creek.

Bob loved sports; he faithfully attended his children’s athletics but also enjoyed attending the basketball games at Feather River College and watching the Sacramento Kings on TV. He also attended his grandchildren’s athletics and activities which included but not limited to soccer, baseball, tennis, football, lacrosse, dance, ballet, 4-H and music.

Bob loved fishing on the Middle Fork of the Feather River, Bucks Lake, Lake Davis or just down at Greenhorn. He hunted when he was younger but later mostly with his camera. He was also an amazing artist who could use just about any medium and capture any likeness right out of the air.

The family requests that contributions/donations be made in Bob’s name in lieu of flowers to The Fisher Center for Alzheimer’s Research Foundation or Feather River College Ranch Management Program.

A Celebration of Life will be scheduled for a later date. Cards of condolence may be mailed to Farnworth Family, 3180 Victor Ave #7, Redding, CA 96002. 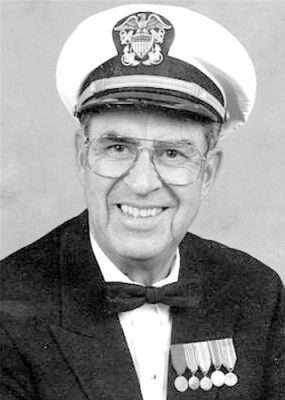 Fabian Joseph Gomez, 93, of Elizabeth City, North Carolina died Monday, Nov. 25, 2019 at Brookedale Senior Living. He was born Jan. 20, 1926 in Lovelock, Nevada to the late Alfonzo Gomez and Maria Gomez, and was the widower of Mary Carol Curry Gomez.

He served as a dispersing officer in the U.S. Navy from 1942 to 1972 during WWII, and the Korean and Vietnam Wars and retired with the rank of lieutenant. He was a Catholic, a member of the Knights of Columbus and loved golfing.

He is survived by three sons, Joseph A. Gomez, of Mesquite, Nevada, John R. Gomez (Linda) of Chico, California, and James F. Gomez (Angela), of Elizabeth City, North Carolina; four grandchildren, Jesse, Sean, Juilee, and Crystal; and three great-grandchildren. He was predeceased by two sisters, Jaunita and Rose; and a brother, Joseph.

You may express condolences to the Gomez family by TwifordFH.com.

He is preceded in death by his son, John Daniel Clark; granddaughter, Stephanie Lorene Strawmier; and parents, Jack (Tex) Lester and Eunice Clark.

He leaves behind his brother, Jim T. Clark; daughter, Jackie and Jessie Robinson; grandson, Jack and Jenny Robinson; and two great-grandsons, Jack Jr. and Jake Robinson, all of Standish, California.