Arthur was drafted into the army on May 9, 1945, and served as an MP in Japan after the bombing of Hiroshima. He was honorably discharged as a corporal on Dec. 23, 1946.

After returning home from his service he worked as a carpenter, milkman and outside salesman before going into business as a Mobil Oil distributor, Mobil station owner and ending his career owning and operating the Hiles Service Center Welding and Automotive Garage in Susanville until he retired in 1990. After retiring, he taught automotive classes at Lassen High School part-time. Arthur was an active member of the Men’s Club in his church and served as secretary for many years.

Phyllis Rae Porter was the first child to Cutler and Vesta Porter and was born on Sept. 18, 1929, in Susanville. Phyllis attended Lassen Community College, and received her associates degree in liberal arts. She worked at the Serria Theater in Susanville during college. She was a leader for the Campfire Girls and Cub Scouts, sold Avon and was an active member of the Women’s Circle at the Methodist church.

Arthur and Phyllis met at the Moose Lodge in June of 1950 and were married on Aug. 19, 1950. During their 69 years of marriage, they lived in Susanville until moving to Roseburg, Oregon in 2005. They were active members of the United Methodist church both in Susanville and Roseburg.

They were active bird watchers, rock hounds and avid gardeners. They instilled in their children and grandchildren a love of nature.

Art and Phyllis were happiest when their house and yard was full of family and friends. They made their home and yard an escape from the stresses of everyday life for all who knew them.

Services to be held at the United Methodist Church in Susanville on March 28 at 11 a.m.

Jim met his Savior face-to-face on Feb. 10, 2020. He died quietly at home with his family caring for him.

Jim was born on Jan. 24, 1947, in Placerville, California, to Daniel and Georgia Johnson. He grew up in Susanville, graduating from Lassen High School in 1965. He was a leader and excelled academically and in sports. In football, he was All League offensive halfback, defensive backfield, and kicker. In wrestling, he was the captain of the team and had a season record of 24 wins and 2 losses. He was also on the track team.

Jim served in the Army for three years as a Green Beret after completing one semester at the University of California, Berkeley. He received his AA degree with honors from American River College in 1971 and graduated with honors from Sonoma State College in June 1974 with a BA degree in Environmental Studies. His formal education finished with a semester of graduate work in counseling and abnormal psychology at Sonoma State College.

Jim returned to Susanville and married Penny Streeter. They had a son, Todd Steven, before divorcing.

After a position as counselor at Lassen County Welfare Department, Jim had a great 23-year career with the state prisons, mostly at California Correctional Center. His last position was Correctional Counselor II Specialist-Work Incentive Coordinator. He retired in June 2006 due to a surgery accident that impacted his eye.

Jim and Valerie bought an RV and started traveling to warmer climates, wanting to find an easier place to live. They left Susanville in October 2016 and bought a home in Morro Bay, California. Jim lived in Susanville 55 of his 73 years, but the ocean was that easy place. He will be buried in Morro Bay.

Music was a big part of Jim’s life. He learned to play the guitar while young and enjoyed playing Christian music in many capacities. He organized Christian music concerts in Susanville and had the opportunity to volunteer at big name Christian artist concerts throughout California.

Compassion International is the ministry he was involved with since 1983, both volunteering and sponsoring 12 children in developing countries. In recent years he helped with Operation Christmas Child.

What stands out the most about Jim’s life is that he loved. He loved his family, his friends, ministry, the Bible, and meeting with God every day.

Jim is preceded in death by his parents and a grandson, Conrad Law. 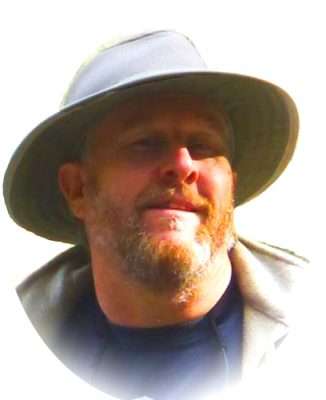 was born on Feb. 9, 1959 in Hollister, California. David was 61 at the time of his passing. He was operating his Volvo on the 405 freeway when he suddenly lost consciousness. The EMTs were unable to revive him, and he was pronounced deceased at UCLA Medical Center.

David is survived by his roommate of 38 years and older brother, Lou Goodman; his two older sisters, Vickie Hugo, her husband, Mark; and his nephews, Victor, Kenneth, and James, and Eda Hill; and his niece, Rachel; and his nephew, Matthew; as well as his close friends, Phillip Michael (Mike) Cannon, Eduardo Contreras, Stephen DeMarco, Charles Duque, Laura Holden, Norman Wheaton and Isaac and Rose Coronel; his cousin, Charlie Koski and his wife, Reveleanne, and their daughter, Julia and his (former) brother-in-law, Robert K. Hill; and his daughter, Daisy Annabelle Goodman (Guzman); in addition to his two puppies, Spunky and Montgomery. As David was an organ donor and desired that his body be donated to a college or medical school, there will be no memorial service.

He was a joy and a blessing beyond compare to all who knew him.

He quietly shared himself with others through his puzzles, chickens, LEGOs and his love of sports.

She was raised and educated in Susanville, California. She married Merlin Samuel Spann on July 31, 1949 at the Baptist Temple in Modesto, California. She was the mother of three sons, William Rocky Spann, of Tri City, Oregon, Merlin Ray Spann (deceased), and Rodney Lance Spann, of Coos Bay, Oregon.

She moved to Tenmile with her husband in 1985 to be near her children and grandchildren. In 2005 her husband died in Tenmile. In 2013 she moved to Coos Bay so her son could watch over her and take care of her.

Her hobbies were hunting, fishing and camping with her family. She also loved to crochet, knit, garden and work on her pottery wheel.

We have many ceramic pieces to remember her by. She was filled with talent. Anything she set her mind to accomplish, she always found a way to do it. Most of her abilities were self-taught.

She was baptized into the Church of Jesus Christ Latter-Day Saints in December 2018. Funeral services were held at 1 p.m. Friday, Feb. 28, 2020 at Taylor’s Family Chapel and graveside services were held in Janesville, California at 11:00 a.m. Sunday, March 1, 2020.

Ralph Woodward “Bud” Miller died on Feb. 9, 2020 in Springfield, Missouri at the age of 89. Bud spent his final years in Springfield where he was cared for with love and devotion  by his son, Mike and his wife, Becky.

He is survived by his children Michael Miller and Carol Diefenderfer. He is also survived by two grandchildren, Ivy Kostick, of Susanville, California and Michael Miller, of Washington. He was preceded in death by his son, David Miller, in 1991.

Bud is at peace and in God’s care. Bud will be missed by his family and friends. Services will be held privately at a later date.

She is survived by her daughters, Karen Fletcher, Sabrina Fletcher and Burleen Riley; and three grandsons.

No services will be held.

He is survived by daughter, Debra Francis; sons, John Hunter and Craig Hunter.

No services will be held.