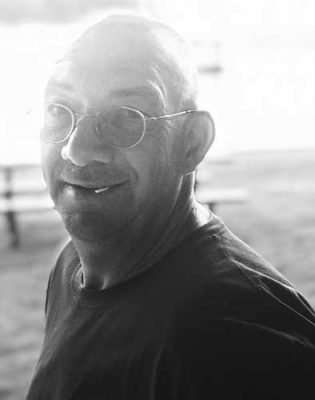 On June 25, 2019 Darin Ray Fain passed away suddenly at the age of 55 in his beloved home in Fernley, Nevada.

Darin was born in Susanville, California on Aug. 6, 1963 to Cecil Fain and Sally Stewart Fain. He was raised in Susanville along with his two sisters, Sheila Fain Nixon, and
Gaylene Fain Chandler. Darin graduated from Lassen High School in 1981.

Darin met his wife Betsy Ratliff through a mutual friend, Slim, and by the sparse hair of his chin barely landed his better half in 1985. It was a blissful and quiet marriage until 1987 when their daughter, Jamie was born, boy did she liven up the party. They didn’t think that one girl completed the family, so they tried for a boy. In 1990, Darin finally got his … girl? He didn’t care, Amanda was raised like his little boy. Jamie and Amanda completed their family and Darin was surrounded by three women whom he adored and who adored him.

Darin’s main goal in life was to provide a wonderful and joyous life for his family. His work ethic was something he took pride in and was never without work. His various places of employment included

Arctic Circle, Western Auto, Beer and Wine Distribution, Sierra Army Depot and then his final place of employment with California Department of Corrections. Darin retired in 2016 after 24 years of service at the age of 53.

He and Betsy moved to Fernley, Nevada where they spent their days remodeling their house, gardening, enjoying the outdoors, and spending as much time with their family and friends as possible. Traveling to all 50 states was a goal that they almost reached with this year’s trip across the country. All that remained was Virginia, North Carolina and South Carolina. The highlight of that trip was meeting up with great friends in Alabama to attend the NASCAR race at the Talladega Superspeedway.

Darin is survived by his wife Betsy; daughters, Jamie (Greg) Jacques, Amanda (Mike); Main, father, Cecil; sisters, Sheila Nixon, Gaylene Chandler; and many brother, sister-laws, nieces and nephews; and all the friends he made along the way.

Darin’s pride and joy were his grandchildren, Karrie, Liam, Sawyer and Bruce. Darin joins his mother, Sally in Heaven and we sure hope they are prepared for the party to begin.

Join the family to send Darin off to his next great adventure at the Susanville Assembly of God, 473-465 Richmond Rd, Susanville at 1 p.m. Friday, July 5, 2019. A potluck will follow the service and the family would enjoy hearing all the stories to be told.

The second of 12 children, Buddy was an avid fisherman, loved working on cars doing body work and tinkering in his shop.

Buddy loved watching old westerns on TV and driving around with his Jack Russell Terrier, Chainsaw and his Yorkshire Terrier, Baby. 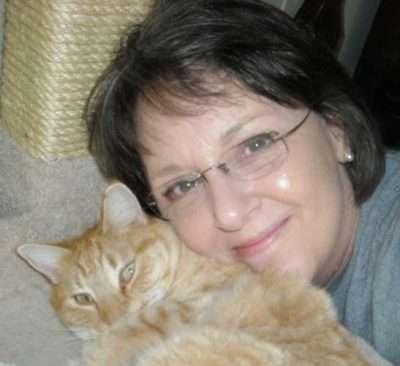 Linda Kay (Bidwell) Olson, beloved wife, mother and grandmother, devoted Jehovah’s Witness and cancer survivor, passed away peacefully June 9, 2019, in the company of family in Reno, Nevada. She was 72.

In 1970, she moved to Visalia, California, with her first husband where she gave birth to and raised her two children, Jason and Tracii Stafford.

She was an engaged mother who was intimately involved in her children’s education, leading the parent teacher association for many years, as well as volunteering at the school.

After her first marriage, she worked as director of the local chapter of the Red Cross for several years before eventually moving into automobile sales and management. It was in this capacity that she met her future husband, Orin Olson. It was in this industry that they worked side-by-side until her retirement in 2013.
Linda and Orin loved the wooded mountains in the northwest and spent their twilight years working and living in this area. Linda spent her final years living in Susanville with her beloved husband, Orin.

There they were surrounded by, and she immensely enjoyed, the company of their grandchildren by Orin’s daughter Adrienne Gentry: Brittney Quine, Shannon Quine, Fallon Shelton and Heather Shelton, as well as their families and great grandchildren.

Additionally, Linda was a dedicated Jehovah’s Witness and spreading the Word was one of her passions.

Linda was preceded in death by her mother and father. She is survived by her husband of 32 years, Orin Olson; children Jason Stafford and Tracii (Stafford) Castelo; and grandchildren Kyra and Ava (Jason) and Austin (Tracii); as well as her sisters, Beverly (Bidwell) LaJoie and Barbara (Bidwell) Thompson, and many nieces and nephews.

Linda maintained her glowing personality and bubbly sense of humor to the end. She was loved by her friends and family and will be dearly missed.

In lieu of flowers, donating to the Dementia Foundation would be appreciated.