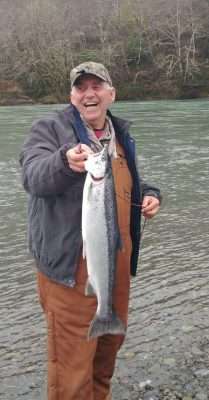 Ron Beck was born in Tulare, California on Oct. 7, 1949 to Dorothy and Fred Beck. He spent his childhood in Visalia and later married and had two children. He divorced and eventually settled down in Redding, California where he met his best friend and second wife, Gwen.

He loved the outdoors, hunting, camping and most of all, fishing. He worked in the auto salvage business until 2004 and moved to Eagle Lake, California and became a fishing guide, the happiest years of his life. He spent his last four years in Brookings, Oregon fishing the Chetco River with his friends.

Ron loved everyone and touched innumerable lives with his smile and loving personality. His greatest joy was when he was out in his boat with a “fish on”. He passed away gently in the loving arms of his wife Friday, Aug. 23, 2019 at 2 pm. By the grace of God, Ron had been sober 30 years when he passed.

He is survived by Gwen Beck, Richard B. LaChance, Steven Beck, Julie Beck, Janine Lancaster; his brother, Robert; and his nine grandchildren; nephews, and cousins.

Luke was born in Susanville in November 1979. He lived in Susanville for 18 years. He graduated from Richmond School and Lassen High School. His younger years were filled with sports, skateboarding, snowboarding, dirt bikes, fishing, camping and multiple adventures with many wonderful friends.

Luke moved to Chico where he lived for 20 years and he attended Butte College. Luke worked as a landscaper, gardener and as an agricultural heavy equipment operator for 10 years.

He suffered a short illness and died unexpectedly in Susanville on Aug. 28 with his family by his side.

Luke is survived by his mother, Noreen Frieling; his brother, Jesse Frieling; and his dog, Sierra Bears. He was preceded in death by his father, Gary Frieling; and by all of his grandparents. He is also survived by multiple aunts and uncles; and nine cousins. He also leaves behind many dear friends in Susanville and Chico.

A small service was held by friends and family. Donations may be made in Luke’s name to: The Butte Humane Society, 2580 Fair St., Chico, CA 95928. 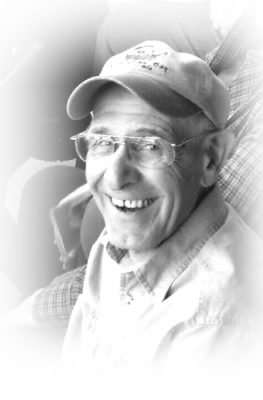 Fred Borghi was born Dec. 27, 1934 in Susanville, the youngest of five siblings. His parents, Alfredo and Emilia, emigrated from Italy to the U.S. separately in the early 1900s. They met in Napa, California and married there around 1911.

In the 1920s his parents moved to Susanville, somehow convinced by friends that Susanville presented better opportunities than Napa. Once in Susanville, they established Borghi’s Store, selling groceries and dry goods.

The store was located on Richmond Road just north and west of the railroad tracks, and had living quarters in the back. That’s where Fred was born and raised, and he never wandered too far from that spot. His mother grew a large garden behind the store along the Susan River, using the produce to feed the family and to sell. His sister Margie claims Fred never had to work in the garden because he was spoiled.

Fred’s education got off to a slow start. He ran home after his first day at Kindergarten and hid behind the family cook stove. This persuaded his parents that maybe kindergarten wasn’t for Fred. But he got back on track the next year at Roosevelt School, although he still had to run home for lunch because that was when the big meal of the day was served to the family, and he was not about to miss that.

He finally made it to Lassen High School in 1948, and he graduated in 1952. At Lassen his favorite activity was basketball, and he played four years on the high school team. Hunting and fishing were also on his agenda then. He always got together once or twice a year to bird hunt with his childhood friend George Pattalock.

After high school he worked various jobs including stints at the lumber mill and setting chokers in the woods. At the age of 23 he decided he was going to be a barber, so he headed to San Francisco to attend barber school. After completing school in 1958, he went to work with Tony Ferrano in a shop on Lassen Street. He only lasted 58 years in that shop before retiring last year.

The first 17 years he worked in partnership with Ferrano before taking over the business for himself. He was there so long he cut the hair of multiple generations of local families. The long hair fashion of the late 60s and 70s nearly broke him, but somehow he made it. Fred’s Barber Shop always was the place to get your hair cut, talk about sports and catch up with old friends.

In 1958 he married Bonnie Moore. They were married until her passing in 1990. Fred and Bonnie had three children — Nick, Emili and Dino. Until his death, Fred continued to live in the house he built in 1964, enjoying his hobbies of gardening, hunting and fishing.

Fred also kept meticulous weather records. If you wanted to know the high temperature at his house on any day during the past 50 years, he had it written down. He continued to root for his Bay Area teams — the Giants, 49ers and the Warriors, and he watched all the games he could, no matter how painful they might be when his teams didn’t play so well.

Fred will be greatly missed by his family, his many friends, clients and hunting buddies.

A Memorial Mass will be held at 11 a.m. Saturday, Sept. 21 at the Sacred Heart Catholic Church, 120 Union St., Susanville. Lunch will be served at 12:30 at Monsignor Moral Hall on the corner of North and Weatherlow. 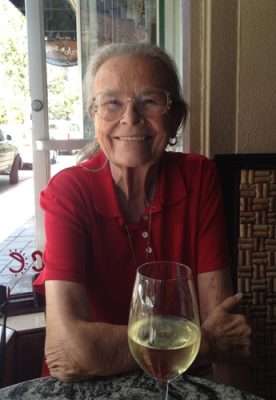 During the communist takeover of Eastern Germany she escaped to Dortmund, Germany, were she married Josef Meyer in 1957. Together they immigrated to Detroit, Michigan and lived a prosperous life together. Her husband died in 1990.

Gerda then opened a bed and breakfast in Traverse City, Michigan and welcomed people from all over the world and later converted her large seven-bedroom home into an assisted living residence.

With her only child, Michael, living in Janesville, she moved to Janesville in 2000. She volunteered with the Monticola Club and was proud to be a Red Hat Lady. She had a rare blood disease that she battled for nearly 10 years and spent the last year at Eastern Sierra Skilled Nursing Facility in Loyalton. As her family grieves her loss we are happy she is in God’s hands.

We would like to thank all the doctors, nurses and caregivers that helped along the way. They are all angels. She will be remembered as a good person who loved everyone who crossed her path.

Gerda requested no services be held. She wished everyone to plant tulips so as to bring happiness every spring. 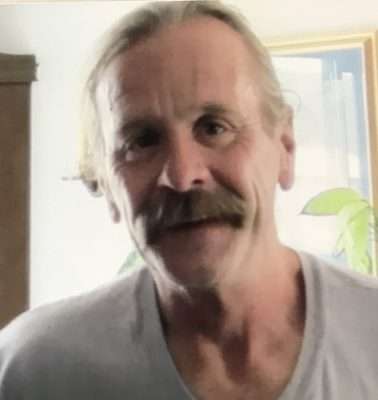 He was born Sept. 29, 1955 to Jack and Nickie Huffman in McCloud, California. Leon was raised in McCloud and graduated from McCloud High School in 1973.

After graduation, Leon had various jobs working in the woods and welding at numerous mines. He worked at Battle Mountain Gold in Battle Mountain, Nevada along with Hayden Hill Gold Mine north of Susanville, California.

In September 2017, he retired from Sierra Army Depot in Herlong, California.

He enjoyed skiing, hunting, fishing, riding his motorcycle and shooting guns in the desert.

A memorial service will be held at 12 p.m. Saturday, Sept. 28. in the Community Center at 75 N. Weatherlow St. in Susanville, California.

Donations in Leon’s honor may be made to the McCloud High School Athletics Department or to his favorite charity, St Jude Children’s Hospital.

Enrica Colleen Keck (Skinner) was born on Feb. 22, 1964 in Fairfield, California. Rica moved to Lassen County in the

summer of 1992, with the love of her life and four of their children. She graduated from Lassen Community College with a degree in business management in June 1999.

Her community would describe her as a lovely woman who would offer help to those in need if she could.

Enrica passed away July 9, 2019 after her battle with pancreatic cancer.

She is survived by the love of her life, Robert Gene Keck; five brothers; four sisters; one step-sister; three daughters, Jeannie Molloy, Bobbie Keck and Rebbecca Tong; her three sons, William Wilkey, Gregg Skinner and Richard Skinner; nine grandsons, including one due in October; five granddaughters; and numerous nephews and nieces.