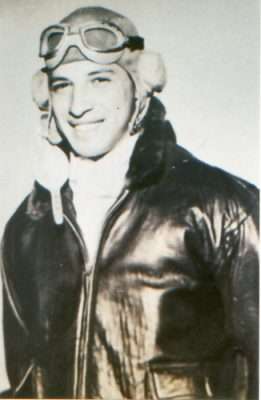 Joseph John LoBuglio was born at home in Manhattan Borough, New York City, on Feb. 25, 1925. Joe was the third of six children born to John and Pauline LoBuglio. The family lived in a third floor apartment of a tenement building with a bathroom down the hall. When he was about 7, they moved to Brooklyn Borough. He often reminisced about playing in the streets, as there were very few cars, and about hitching rides on the back of the horse-drawn delivery wagons.

In 1936 the family moved to California. While his mother and the younger kids made the trip by train, Joe, his father, and his older brother, Vincent drove out via Route 66 in the family’s 1931 Chevy. He always felt that trip was a great adventure.

After the bombing of Pearl Harbor, Joe decided to enlist in the Navy and entered active duty on March 30, 1942, before graduating from high school. After basic training he was sent to radio school in Madison, Wisconsin and spent the next three years as an aviation radioman, second class. He serviced radio equipment on various aircraft and served as radioman for PBY flight crew. His first duty station was Reykjavik, Iceland, then the Navy Air Base in Lake City, Florida, and finally Guam, where he flew with his most distinguished passenger, Admiral Gunter.

On Dec. 23, 1945 Joe was honorably discharged from the Navy. On Aug. 1, 1947 he reported to the Los Angeles Police Department training facility. He served 20 years with the L.A.P.D. working as a radio car patrol officer in Watts, the Harbor Division, San Pedro and Wilmington, and as a foot patrol officer in the Beacon Street area.

Joe married Cherie Camp in 1947, and they were blessed with three children, Joseph, Margaret and Darlene. The couple divorced, and Joe married a second time in 1957 to Rudecinda (Cindy) Lawrence. They had one daughter, Nicole.

On Aug. 1, 1967 Joe retired from the L.A.P.D. and moved his family to Janesville. He built a house and then started another career, this time as a correctional officer at the California Correctional Center near Susanville. He retired from C.C.C. in 1982 and was finally able to enjoy retirement.

Of the many achievements that Joe had during his lifetime, the ones that brought him the most joy were his children and grandchildren.

Joe passed away peacefully Sept. 5, 2019, at the age of 94, with family and friends by his side. He is preceded in death by his parents, John and Pauline; his wife, Rudecinda (Cindy); his siblings Carol, Vincent, Pauline, John, and Josephine; his son, Joseph Sumner LoBuglio; daughter, Darlene LoBuglio Drissel; and grandson, Joseph (Max) Dandois. He is survived by his daughters, Margaret LoBuglio Gage and Nicole LoBuglio Dandois (James); grandchildren, Christy LoBuglio-Fragkias (Dimitrios), Anthony LoBuglio, Joseph Nicholas LoBuglio (Karie), and Williams Dandois; eight great-grandchildren, two great-great grandchildren; and numerous nieces and nephews.

Graveside services will be held at 11 a.m. on Saturday, Sept. 28. at the Janesville Cemetery. In lieu of flowers, please consider a donation to the Los Angeles Police Relief Association, the VFW, or the Salvation Army in his name.

Mike loved everything outdoors, especially camping, hunting, and fishing. In his younger years, Mike enjoyed playing baseball. He was a star pitcher at Lassen High School and Lassen Community College. He taught his passion for the game to his three kids.

Mike is survived by his son, Jason and wife Kristen, of Redding, California; daughter, Sarah and husband Brett, of Dallas, Texas; his daughter, Nicole and husband Alex, of Fountain Valley, California; his brothers, Tim, Frank and Al, of Susanville, California; and his nine (almost 10) grandchildren. He is preceded in death by his father, Tim; and mother, Donna.

Services will be held at 11 a.m. Thursday, Sept. 19. at Sacred Heart Catholic Church. Reception to follow at Monsignor Moran Hall. 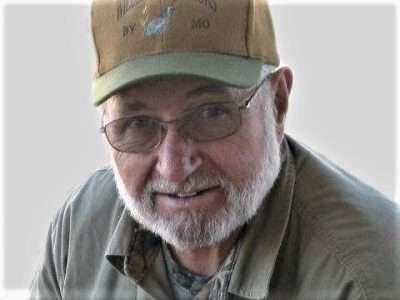 Renato was born on Sept. 12, 1939, in Susanville, California. to Angelo and Maria Moretto. His parents were born and raised in Italy making “Mo” a first-generation Italian-American. “Mo” was extremely proud of his Italian heritage and a dedicated American.

Preceding him in death are his parents, Angelo and Maria Moretto and his two daughters, Gia Marie Moretto and Dawn Lanice Moretto.

Mo was a dedicated Catholic and a member of Sacred Heart Catholic Church of Susanville, California, and St. Peter’s Catholic Church of Roswell, New Mexico. He was an altar boy for several years, and he was confirmed into the Catholic Church by Pope Pius XII in Rome, Italy. Though his mother wanted him to become a priest, Mo had other ideas.

He joined the U.S. Air Force and was stationed at F.E. Warren Air Force Base in Cheyenne, Wyoming. Mo was an Air Policeman, during the Cuban Missile Crisis of 1962, in which he was assigned to assist in guarding nuclear missile silos. After his honorable discharge, he returned to Susanville and began working for the Department of Defense, Sierra Army Depot as Chief Security Specialist, retiring in 1986.

Mo was an outdoorsman since his youth and loved communing with nature. He was an avid hunter, fisherman and proudly kept his family freezer stocked. A very talented artist, he enjoyed painting scenic pictures, later he created hand-carved and hand-painted delicate wooden birds, ducks, fish, raccoons and wolves. He enjoyed watching his 49ers playing and NASCAR racing.

Mo was a quiet and gentle man who loved his family completely. Never one to back away from changing a diaper, feed a baby or cook for his family. He blessed us with his courage, love and support.

Lord, make me an instrument of Your peace.

O, Divine Master, grant that I may not so much

seek to be consoled as to console; to be understood as to understand;

to be loved as to love; for it is in giving that we receive;

it is in pardoning that we are pardoned;

it is in dying that we are born again to eternal life.

Please take a moment and share a kind thought or memory with Mo’s family at andersonbethany.com.

Mo’s tribute was written in his honor by his family.