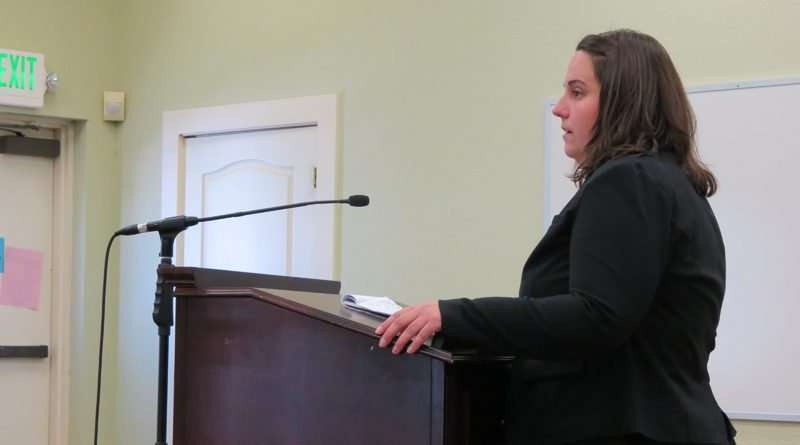 Update Tuesday, Oct. 3: According to a joint statement from Lassen County Public Health and Banner Lassen Medical Center, there are now 43 possible cases of viral meningitis reported to public health. Of those, 20 are suspected, 14 are clinically diagnosed, of those nine are lab confirmed, and nine have been ruled out for viral meningitis.

Although all schools are back in session, the statement stressed avoiding certain situations to avoid germs, such as sharing food, drinks or anything that has come into contact with saliva. The statement continued to stress frequent hand-washing.

The spinal fluid for the initial 11 suspected cases were submitted to the California Department of Public Health’s Viral and Rickettsial Disease Laboratory for testing. Of those 11, the statement read, nine tested positive for enteroviruses, one tested negative, one is being retested and more are pending testing. Enterovirus can be broken into 65 different strains. More testing will be conducted to determine the exact strain.

“Hopefully we’ll be on the downhill side of this,” she said, although noting that viral outbreaks have upticks and down times that occur.

Update Monday, Oct. 2: According to a joint statement from Lassen County Public Health and Banner Lassen Medical Center, as of Sunday, Oct. 1, 38 possible cases of viral meningitis were reported since Saturday, Sept. 23. There were 20 suspected cases, nine confirmed and nine ruled out for viral meningitis.

All schools were allowed to resume classes today, Monday, Oct. 2.

According to the statement, some progress was being made to identify the type of virus.

“When it became clear that a greater number of cases than average were being reported, LCPH began an epidemiological investigation. The connection has been found between some cases and further investigation will continue with the assistance of California Department of Public Health and Center for Disease Control and Prevention,” read the statement.

The spinal fluid for the initial 11 suspected cases were submitted to the California Department of Public Health’s Viral and Rickettsial Disease Laboratory for testing.

Of those 11, the statement read, nine tested positive for enteroviruses, one tested negative, and one is being retested. Enterovirus can be broken into 65 different strains. More testing will be conducted to determine the exact strain.

Update 6 p.m.: A call center has been established for community members who are in need of information regarding the viral meningitis outbreak. The phone number is 252-2300 and the phone line will be staffed 24 hours a day until further notice, according to a statement from Lassen County Public Health.

Additionally, Lassen County Public Health Department and Banner Lassen Medical Center are partnering to manage the identification and reporting of patients who present for care of signs and symptoms of viral meningitis.

During a presentation during a Lassen High School emergency board of trustees meeting today, Thursday, Sept. 28, Jones said of the 21 suspected cases and one confirmed case, 13 involved juveniles between the ages of 13 and 18. The other 8 cases involved patients older than 18.

At this time, no one under the age of 13 has been suspected of having viral meningitis.

The director also took time to ease worries of locals being affected by bacterial meningitis.

She also took a moment to recognize those affected.

“Our thoughts and hearts go out to those affected by this illness and this outbreak, to their families and to their friends,” said Jones.

Jones continued saying several viruses cause viral meningitis and the department is still working on identifying the virus causing the local outbreak.

Jones explained one of the most important prevention measures that can be taken is washing hands.

“As with any illness, we are going to reiterate good hand washing,” Jones said. “Hand washing is the way to prevent illness.”

The Public Health Director added the department is going to continue to assess the situation and provide updates.

In a call today with the Center for Disease Control and the California Department of Public Health, Jones discussed the current outbreak.

“They feel we are doing everything correctly, and that we are moving forward in a correct manner,” said Jones. “We are ultimately waiting to find out what this virus is.”

Currently, information on where the virus started is not available.

Lassen Union High School Board of Trustee President Kevin Jones asked Jessica Jones if there is any idea when the school could reopen, as it was closed at about 9 a.m. today due to the outbreak.

Jessica Jones said she hopes the school, as well as Lassen Community College, which also closed its campus, could reopen Monday, Oct. 2, but added the department would be assessing the situation.

She also commended Banner Lassen Medical Center for handling the influx of patients.

In closing, Kevin Jones mentioned the FFA Drive Up Dinner is still on for 3:30 p.m. today at the Jensen Hall parking lot at the Lassen County Fairgrounds.

Students will not be handling the food, Kevin Jones added.

Moreover, Banner Health, which has a 25-bed community hospital in Susanville — Banner Lassen Medical Center — is offering general information about the viral infection, including the signs and symptoms, as well as how to prevent its spread. We also have b-roll video of a Banner Health chief medical officer discussing viral meningitis as well.

The video can be found here: http://bannerhealth.mediaroom.com/viral-meningitis