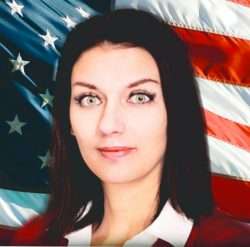 Sacramento District Attorney Anne Marie Schubert announced Monday, Jan. 3, that she and 27 other elected district attorneys across California — including Lassen County District Attorney Melyssah Rios — have been granted a Temporary Restraining Order preventing the California Department of Corrections and Rehabilitation from enacting an increase of 50 percent credits to 66 percent credits for second strikers with serious and violent criminal histories.

While CDCR’s newest regulations grant additional good conduct credits to inmates working in fire camp related activities, they also added additional credits to so-called “nonviolent” second strikers. Unrelated to fire camp credits, CDCR sought to increase credits to 66 percent conduct credits. — two-thirds time off sentences — to second strike inmates housed at a minimum-security level A or B facility. CDCR did so amid litigation challenging additional credits for serious and violent offenders. This new class of credits will include convictions for domestic violence, human trafficking, animal cruelty and possession of weapons by individuals who have previous convictions for serious and violent felonies.

In order to stop the enforcement of this newest early release “emergency regulation,” the 28 DAs filed a TRO on Dec. 22, 2021. On Dec. 29, 2021, the court granted the petition and issued the TRO against CDCR.

Dana Simas, press secretary for CDCR, told Lassen News, “We are evaluating the order and the scope of its impact on our operations. The department stands by our regulations as drafted and is moving forward with implementing the unaffected portions of the credit-earning regulations as scheduled on Jan. 1, 2022. CDCR’s primary mission is public safety, and as part of that mission we will continue to ensure incarcerated people who are making efforts towards their own rehabilitation by maintaining good behavior and participating in programming and rehabilitative opportunities are afforded the chance to earn credits for their efforts.”

But Rios said it’s wrong to release inmates before they serve their time, and the community should expect offenders sent to prison will serve a large portion of their sentence and not be released early. She said according to the new CDCR regulations, adopted without any public comment or a voter referendum as the district attorneys believe is required by law, some inmates could be released after serving only about one-third of their sentence.

“In cases where victims are involved, crime victims are entitled to truth in sentencing,” Rios said.  “If they believe their violator will be incarcerated for 10 years (by way of example only) but understand due to normal credits that person will be out in 8.5 years, they deserve to feel safe and confident the convicted will serve that entire 8.5 years. What we are seeing now is 10 years only equaling 3; and it’s not right.  CDCR may be able to impose these credit applications, but they have to follow a process which includes a period of public comment.  Both times, first with the general credit awards and now with the ‘second-strikers,’ CDCR failed to provide a public comment period and tried to justify the secrecy by claiming they are acting under ‘emergency regulations’ – there is no emergency.”

“As for estimated impact, we’re currently gathering that data and ensuring staff training and communication to comply with the new and existing credit-earning regulations,” Simas said.

According to a December 2020 statement by CDCR, the “changes aimed at improving both the credit-earning opportunities for the incarcerated population, as well as the investigative and disciplinary process on alleged staff misconduct … The streamlined, two-tiered Good Conduct Credit-earning system established in the May 2021 regulations that permit incarcerated people serving time for violent offenses to earn 33.3 percent, or 50 percent, if they’re serving time for nonviolent offenses, will remain in effect. This is not an early release program, and these changes do not result in the automatic release of any incarcerated individual. Release date restrictions to ensure victim and local law enforcement notification are still in effect.”

“These changes are bold and necessary moves to ensure we have processes that work for our incarcerated population, staff and the various stakeholders we work with and serve,” said Kathleen Allison, CDCR secretary in the December statement.

“We are fortunate that on a regular basis we do not have the egregious types of crimes they have in the larger cities,” Rios said, “but these are still crimes that affect our community, and they’re still the individuals who are committing these crimes. They affect our quality of life and our way of living.”

According to yesterday’s statement, this newest “emergency regulation” comes after CDCR’s recently enacted so-called “emergency” regulations that allows for additional credits to be awarded to serious and violent felons, including credits that are not based upon completing any rehabilitation programs.

In 2015, Schubert began opposing and publicizing the early release of “nonviolent” second-strike felons. Under California law, “nonviolent” felonies include domestic violence, rape of an unconscious person, human trafficking, and assault with a deadly weapon.  “Second strike” refers to an inmate who was previously convicted of a serious or violent felony.

“Many of these so-called ‘nonviolent’ second-strikers have long and violent criminal histories – including repeat felony domestic violence convictions, sexual assaults and gun violence,” said. “Releasing these dangerous inmates after serving a small fraction of their sentences not only lacks accountability, it shortens effective rehabilitation, violates victims’ rights and is a significant threat to public safety. No one is contesting good conduct credits for fire camp work but sneaking in another class of individuals with serious and violent criminal histories goes too far.”

This is the information Rios provided to the California District Attorneys Association for the first lawsuit, which is separate from the one filed in December that resulting in a temporary restraining order against CDCR.

“This is what I provided to CDAA in support of our first lawsuit – that is separate from the second lawsuit this past December,” Rios said. “These folks below are not the second strikers, but they were still awarded the credit applications we (the district attorneys) believe to be illegal. In June 2021, I served a Public Records Act request on the California Department of Corrections and Rehabilitation asking for the number of inmates released from Jan. 1, 2019, to the date of PRA in June 2021. I reviewed the list and found the below individuals who were sentenced to a particular term but were released well before their anticipated release date.”

On April 2, 2019, Cesar Lucatero was sentenced to 6 years in state prison for a crime for discharging a firearm, bringing a weapon into a jail facility and suffering a prior strike.  He was released August 2020, serving only 16 months in custody. In December 2020, despite being on parole, he was involved in a domestic violence and child abuse incident. He served local time for that, remaining on parole.  On Dec. 7, 2021, he was arrested, and charges were filed alleging he was transporting methamphetamine for sale while armed with a loaded firearm (these are only allegations at this time – he is presumed innocent until proven or pleading guilty on these charges).

On June 25, 2019, Kevin Roberts was sentenced to 5 years for assault with a firearm and inflicting great bodily injury. He was released on parole on Nov. 23, 2020. On March 27, 2021, he reoffended by selling methamphetamine and possessing firearms. He was convicted in July 2021 and sentenced to 4 years in state prison. As of today (Jan. 4, 2022), he is still in CDCR custody.

Kody Hyden was sentenced Feb. 5, 2019, to 3 years on a domestic violence conviction. Despite having a prior “strike” offense making him ineligible for the new credit application, he served only 9 months of that three years and was released December 2019 on Post Release Community Supervision. He reoffended Sept. 7, 2020, with a firearm case and while in custody pending disposition of that case, an Employment Development Department claim in his name was filed for more than $19,000 in unemployment benefits. On the firearm case from September 2020, he was sentenced in March 2021 to 6 years but, over the People’s objection based on Hyden’s lengthy criminal history, the judge stayed the sentence and allowed him to go to rehab.  He did not go to rehab and a warrant was issued for his arrest. In April 2021 he was arrested on his warrant and the 6-year sentence was imposed. He was then extradited to Plumas County where he had outstanding matters. Hyden was delivered to CDCR Dec. 16, 2021.  Charges have been filed on the suspected EDD fraud matter but have not yet been adjudicated; they are only allegations at this time, and he is presumed innocent until proven or pleading guilty on that complaint.

Brandon Gress served 9 months of a 4-year state prison commitment for a residential burglary with a person present, despite having a prior “strike” for the same conduct.  He was released on parole and reoffended seven months later with his involvement in a domestic disturbance which has since been adjudicated.

Danny Brewer, a registered sex offender for a previous case involving sex crimes with minors, served less than 2 years of a 5-year state prison sentence for sex crimes with minors.  Prop 57, which is what CDCR is using to apply these early release credits, was sold to the voters of the state as a means to keep sex offenders in prison longer.  In fact, sex offenders were specifically exempted in the language of Prop 57.  Sex offender inmates subsequently sued and higher courts have ruled that early release credits implemented under Prop 57 should apply to sex offenders.

Josh Doyle served 1 year, 5 months on a 4-year, 8-month state prison sentence for guns/drugs.  He reoffended less than a year later with the exact same type of offense, moving a pound of meth, a pound of heroin and loaded firearms.  Our office sought adoption of this case by the US Attorney’s Office which was granted.  Federal laws for firearms and controlled substance offenses carry significantly higher incarceration exposure than at the state level.

William Ted Cutler was sentenced to 10 years for lighting a string of fires in 2017. He served 2 years, being released in 2019.

Jerome Thomas served 3 years of a 9-year aggregate sentence for a drive by shooting committed here and a home invasion burglary in Los Angeles County.  He paroled January 2021.